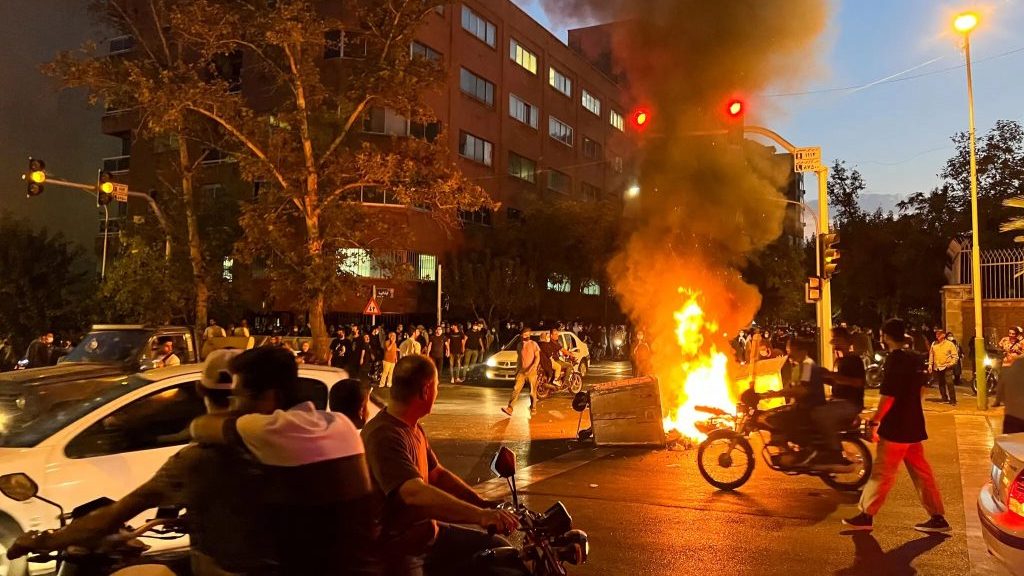 Based partially on reporting by PMOI (MEK) Network in Iran — Monday, December 5, 2022

Underground calls across Iran for three days of national protest targeting the regime of Ali Khamenei have developed into a massive and expansive strike that swept across scores of cities with commercial centers and bazaars in more than 40 areas of Tehran alone being affected.

The call has mobilized thousands of activists across the country through social media as underground youth associations in more than 30 cities banded together to spearhead the call to businesses to close.

The antigovernment protests are being carried out under severe repression and leaders and Resistance Units cannot be expected to openly announce their identity. All independent groups and political parties have been banned and outlawed by the illegitimate regime long ago. The grassroot Resistance Units and youth now actively organizing and making the calls for protests represent a popular opposition under the skin of Iran’s cities. The mobility, dexterity, distribution, and high-tech methods of protesters in various neighborhoods to reach a wide audience, inform Iranians and the world while protesting, and evade capture by suppression forces has now turned into a huge security problem for the regime’s exasperated authorities who cannot seem to find an effective way to quell the uprising.

Today hundreds of video reports surfaced from an estimated 80 cities of massive commercial strikes, some of which have been posted on the PMOI Twitter account.

NCRI President-elect Maryam Rajavi saluted the Bazaar merchants across Iran who went on strike and joined university students and other social strata to support the protests. The revolution in Iran will be victorious, she stressed.

For the latest positions of the NCRI’s President-elect Maryam Rajavi on the uprising go to:

Iran: Dozens of Renowned American Politicians Debunk Malley’s Anti-MEK Statement
Comment
Maryam Rajavi to the US Senators: The Iranian people and Resistance rely on their uprising and sacrifices to overthrow the regime