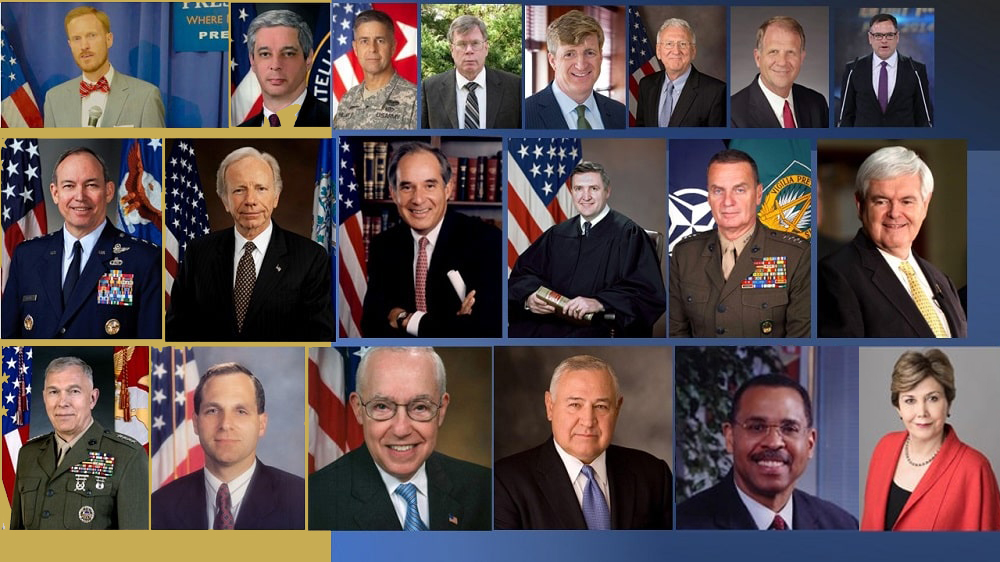 In a joint statement, 23 renowned American dignitaries condemned the US Envoy’s rather pathetic statement slandering Iran’s principal opposition, the Mujahedin-e Khalq (MEK). Last week, Robert Malley, the United States Special Envoy for Iran, issued a statement attacking the MEK while repeating the worn-out allegations commonly used by the Iranian regime and its apologists.

“Desperate to revive the Joint Comprehensive Plan of Action (JCPOA), US Envoy Robert Malley has sought to appease the Iranian government by publicly discrediting one of regime’s primary opposition group,” the statement of renowned American politicians reads in part.

While underlining that “Mr. Malley’s statement parrots the same falsehoods made by the religious dictatorship that rules Iran,” the American luminaries considered a “a senior American official repeating such false claims while MEK and fellow protestors are being brutally suppressed is outrageous, and in fact, facilitates the regime’s killing machine on the streets and campuses across Iran.”

It is worth noting that the American politicians’ statement was welcomed by several news outlets, including Fox News and Just the News. The following is the full text of this statement.

Desperate to revive the Joint Comprehensive Plan of Action (JCPOA), US Envoy Robert Malley has sought to appease the Iranian government by publicly discrediting one of the regime’s primary opposition groups. Through his public affairs officer, on November 14th Malley released a statement which included the comments:

Mr. Malley’s statement, at least on the surface, was a response to the Iranian regime falsely accusing the US Government of training members of the Mujahedin-e Khalq (MEK) in cyber communications at their compound in Albania. Rather than being content with denying the Iranian claim, Mr. Malley saw an opportunity to appease the regime by making these false and disparaging allegations.

We understand that Mr. Malley’s primary mission in Iran is to resurrect the JCPOA.

What Mr. Malley needs to understand is that his action, taken while tens of thousands of Iranian women and men are fighting and dying for freedom from tyranny, is a flagrant betrayal of both the Iranian people and a foundational principle that our country has long honored.

Mr. Malley’s statement parrots the same falsehoods made by the religious dictatorship that rules Iran. In fact, among the legions of brave Iranians who have risen against the regime over the last weeks are MEK members operating in resistance cells. Iranian authorities have identified them as “leaders” of the protests. Many have been arrested and many have been killed. The Iranian regime has consistently blamed MEK agents as provocateurs and claimed that the rising tide of unrest is related to MEK cyber, media, and direct organizing activities.

Reasonable people can disagree on the elements of U.S. policy toward Tehran. There is, however, no place for transparent dishonesty and appeasement. Mr. Malley’s comment about allegations of mistreatment of MEK members at the hands of their own leadership is another blatant repetition of Iranian regime propaganda. Multiple US Army senior officers assigned to the original Ashraf camp in Iraq heard the same slander, conducted unannounced inspections and investigations into the allegations, and determined them to be lies generated by Tehran.

U.S. diplomatic personnel visited the two MEK camps in Iraq before they relocated to Albania and have since visited the compound in which they now reside. Likewise, most,

if not all, of the signatories to this statement have visited the Albanian camp and interacted directly with MEK members. In Albania, as before in Iraq, there is no credible evidence of any human rights problems within the MEK.

It also does not appear that Mr. Malley understands that the MEK is but one organization within the National Council of Resistance of Iran (NCRI). Led by Mrs. Maryam Rajavi, the NCRI platform is based on the principles of democracy and religious freedom. Mrs. Rajavi has been publicly advocating for a free, democratic Iran in the face of regime assassinations, kidnappings, terrorist bombings, and disinformation. Mrs. Rajavi and the NCRI have been relentlessly calling for the creation of secular democratic institutions with universal suffrage in Iran, the full empowerment of women and minorities, and a non-nuclear nation reconciled with a peaceful international community. These are the same goals now echoing through the protests and gunfire across Iran.

The MEK, and the NCRI for that matter, does not need Mr. Malley’s endorsement to continue its heroic freedom struggle along with other Iranian dissidents, but his personal attack on the major opposition group which shares American principles of human rights and democratic representation dangerously undermines the credibility of the entire democratic opposition.

Mr. Malley conveniently ignores the following facts about the government he is trying to embrace. There’s still no accountability for the 1996 bombing of Khobar Towers which killed 19 American airmen. In 2018 the U.S. Department of Defense released a report that directly attributed to the IRGC the deaths of over 600 American service members in Iraq. In 2020, an Iranian missile attack targeted a US military facility in Iraq and severely injured American uniformed personnel. The Albanian Government has expelled Iranian diplomats over terrorist plots against MEK members living in its country. German, French, and Belgian authorities have investigated, tried, and convicted an Iranian diplomat of an act of state-sponsored terrorism for his attempt to bomb an NCRI rally outside Paris in 2018 at which many Americans and European Union members were present.

Today the people of Ukraine are subject to the bombardment of hundreds of Iranian- manufactured drones containing illegally secured American components. International outrage has been met mostly with American silence. What further acts of appeasement does Mr. Malley intend to offer to get his Iranian counterparts back to the negotiating table?

To witness a senior American official repeating such false claims while MEK and fellow protestors are being brutally suppressed is outrageous, and in fact, facilitates the regime’s killing machine on the streets and campuses across Iran. If Mr. Malley mistakenly believes that adopting the regime’s false, anti-MEK propaganda will persuade the terrorists to revive JCPOA negotiations, he needs to be relieved from this important mission. The Administration and Secretary Blinken must reach out with support, and not condemnation, to the thousands of freedom fighters being killed and imprisoned in Iran. Mr. Malley’s reckless action aids and abets the suppression of liberty and democracy in Iran.

Hon. Linda Chavez – Former Assistant to the President for Public Liaison; Chairman of the Center for Equal Opportunity

The text of the statement is available here.