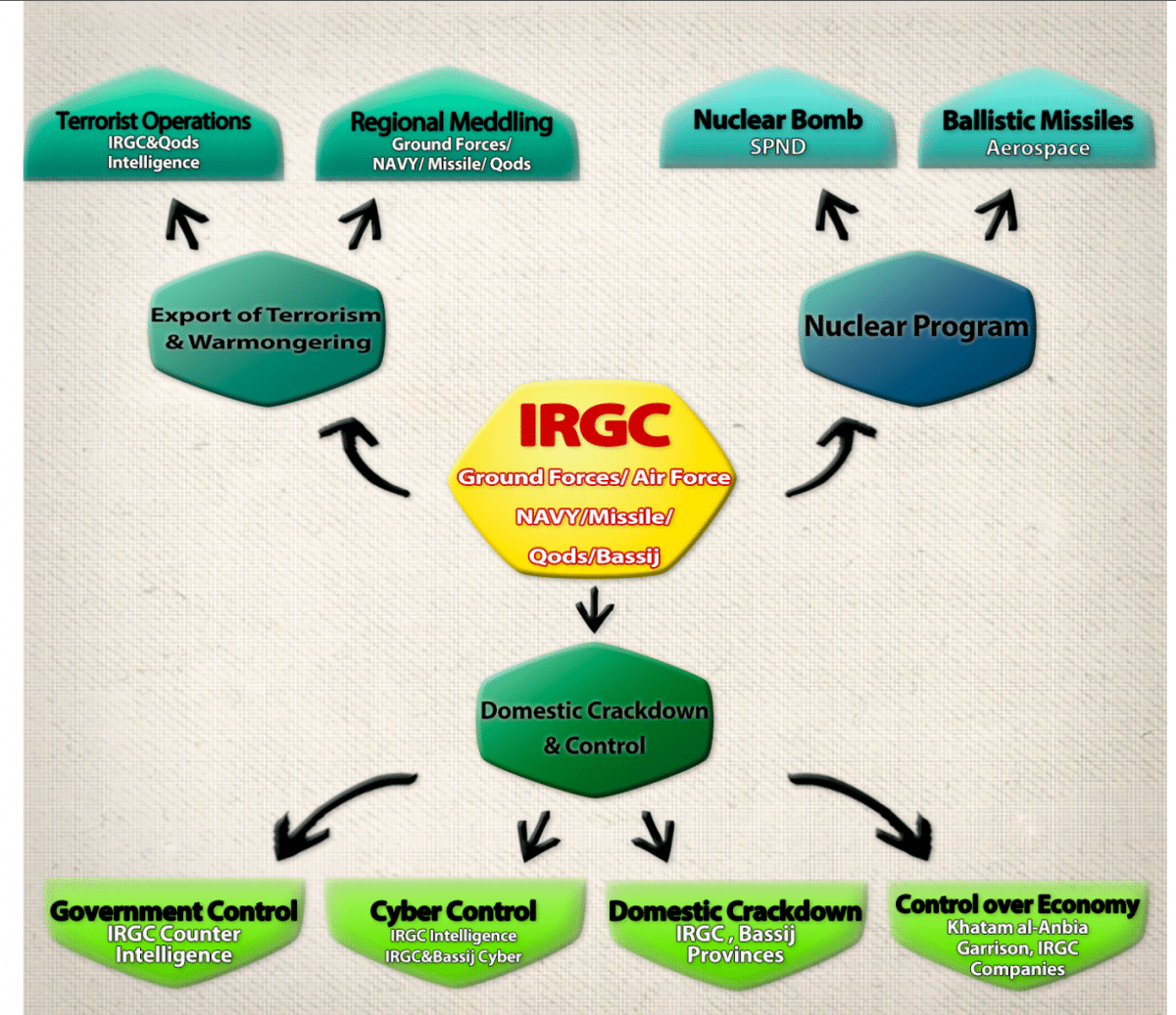 Iran’s hard-line Islamic regime has escalated its overseas terrorist operations, establishing a network of over a dozen internal training camps for foreign fighters, the regime’s largest resistance group said at a press conference on Tuesday in Washington.

The National Council of Resistance of Iran issued its intelligence report specifying the camps’ locations and the countries represented.

The council’s largest member is the People’s Mujahedeen of Iran (MEK). It boasts an extensive spy network inside the mullah-run government, including the all-powerful Islamic Revolutionary Guard Corps and its special forces wing, the Quds force, and has a track record of exposing clandestine parts of the Iranian national security apparatus.

The Quds force played a significant role in the Iraq War by training Iraqi Shiites on how to make bombs that killed scores of American troops. The Quds force is now directing thousands of Iraqi Shiite militia members in Iraq, some of whom have gone to Syria to fight for the regime of Syrian President Bashar Assad.

The U.S. calls Iran the world’s No. 1 state sponsor of terrorism. However, neither the Islamic Revolutionary Guard Corps nor the Quds force is on the State Department’s list of designated terrorist organizations. The Treasury Department in 2007 designated the Quds force as a material supporter of terrorism, but National Council of Resistance of Iran officials say the U.S. government should go much further.

“The Iranian resistance has emphasized on countless occasions that the source and the epicenter of terrorism, fundamentalism and regional meddling is the fundamentalist regime ruling Iran,” said Alireza Jafarzadeh, deputy director of the council’s Washington office.