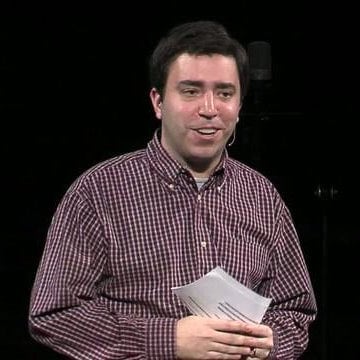 President Trump is giving the Iran nuclear deal another four months but also warned Congress that will be the end unless lawmakers pass major changes to the agreement, and leading Iranian dissidents are urging the U.S. to stop trying to save a fatally flawed deal in the first place.

In addition, the Trump administration announced new sanctions aimed the Iranian regime in connection with its crackdown on protesters in recent days.

Officially, Trump is waiving nuclear sanctions against Iran until May. He did not say what type of changes would meet with his approval at that time.

For the Iranian dissidents, there’s no way to salvage this deal.

“The main problem is that the entire nuclear structure of the Iran regime has remained intact, and the fact that there’s no real access to the key centers and locations that are actually engaged in weaponization, which is a critical part of building nuclear weapons.

“There’s no access for the [International Atomic Energy Agency] to the military sites where the real deal is. Then there is a sunset clause. At some point down the road, all of those restrictions are going to be gone and the Iranian regime will be free to continue its development of nuclear weapons,” said Alireza Jafarzadeh, deputy director of the National Council of Resistance of Iran, which is allied with the main internal resistance group in Iran, Mojahedin-e-Khalq. The group is also known as the MEK.

Jafarzadeh says modifications to the nuclear deal will be fruitless because the regime will never abandon its pursuit of nuclear weapons. He says there’s only one effective modification for Iran.

“The Iranian regime is intent on building the bomb so the real solutions to all of the problems is to see fundamental change in Iran to change the regime,” said Jafarzadeh.

The Iranian resistance is also very pleased with the Trump administration’s actions, through the Treasury Department, to issue sanctions against 14 different Iranian individuals and entities, largely in response to the repression of protests over the past couple of weeks.

One figure targeted financially is he head of the Iranian judiciary, Sadeq Larijani.

The interview can be listened to here.

“He’s the one who implements all the repressive measures of the Iranian regime. He’s the one who has been prosecuting and putting people in jail. at least 8,000 demonstrators in the past two weeks. He has already instructed the other judges to be very, very harsh against the demonstrators,” said Jafarzadeh.

“Another entity was the Rajai Shahr prison. It is a very notorious prison that is known for torture and horrible things they have done to prisoners. A number of people who have been detained during the demonstrations are now in Rajai Shahr prison,” said Jafarzadeh., who says the head jailer there is also named in the sanctions.

Others targeted by sanctions on Friday include elements of the Iranian Revolutionary Guard Corps, specifically for cutting off internet access that prevented protesters from communicating with each other and the outside world. Individuals and entities assisting the Iranian ballistic missile program are also being targeted.

“The president showed Friday that while he is so unhappy with the nuclear deal, he’s even more unhappy with the other aspects of the Iranian regime’s behavior, namely their domestic repression, their censorship and threatening their neighbors in the region,” said Jafarzadeh.

He also says the pressure is getting to the regime. This past week, Ayatollah Ali Khameini gave a speech vowing to crackdown on the protests even more and blaming them on a “triangle” of organized resistance – namely the United States, hostile Gulf States like Saudi Arabia, and the MEK. He also vowed a fierce crackdown on all elements of the triangle within Iran.

Jafarzadeh does not think the threats will work because they don’t change the reality of economic misery in Iran.

“No matter how much you repress them, the disconnect of the people will not go away. The economic situation is not going to get any better. There’s no plan for the government to resolve the issues. There are workers who have not been paid for eleven months.

“Even doctors who used to get regular pay haven’t been paid for 9-10 months. A lot of factories are not working,” said Jafarzadeh.

Jafarzadeh says the protests swelled to 141 different cities of all sizes.

“This is absolutely unprecedented since the ayatollahs came to power in Iran,” he said.

The bottom line, says Jafarzadeh, is that pressure from inside and outside Iran is working.

“The more pressure the United States builds against the Iranian regime, the more the regime’s forces get frightened and the more encouraged the people will get,” he said.