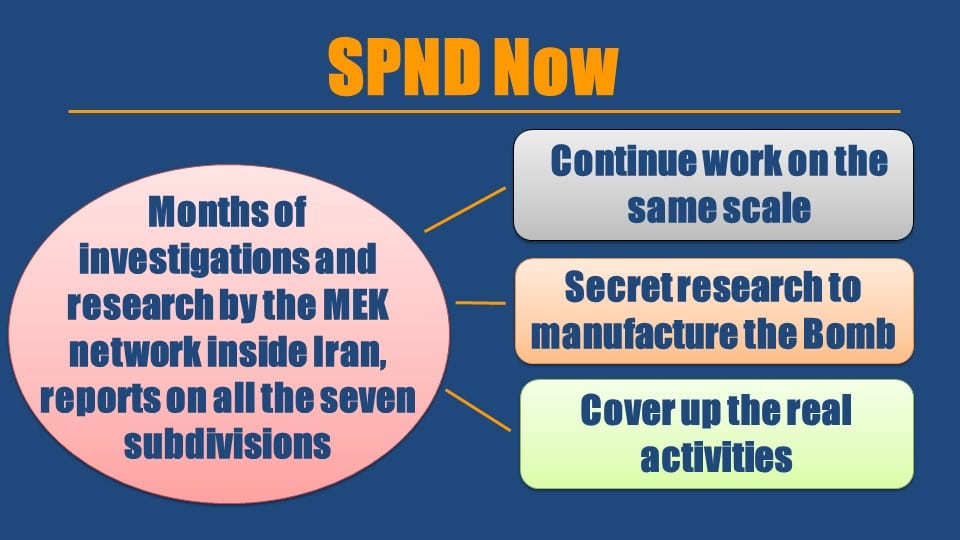 Despite U.S. government conclusions to the contrary, Iran is cheating on the 2015 nuclear deal and is actively weaponizing nukes, according to the group who uncovered Iran’s most recent nuclear ambitions in the first place.

The National Council of Resistance of Iran, or NCRI, unveiled intelligence and satellite imagery in recent days that is says it proof of Iranian actions that violate the Joint Comprehensive Plan of Action, or JCPOA. It also alleges that the activity is taking place in areas and facilities that are off limits to regular inspections from the International Atomic Energy Agency.

The NCRI is very confident in the validity of its reports.

“These are the very same sources that have been proven accurate in the past. The network of the movement inside Iran, the MEK, was responsible for exposing the Natanz uranium enrichment facility and the Arak heavy water facility back in August of 2002,” said Alireza Jafarzadeh, deputy director of the NCRI’s Washington office.

Those revelations triggered the international response that has played out for the past 15 years. He told WND and Radio America the group’s sources inside Iran have also made many other discoveries that have panned out over the years. And Jafarzadeh said outside experts back up those conclusions.

“Those that have seen the satellite imagery that we disclosed during our press conference have confirmed that the satellite imagery shows the construction, the way the buildings are configured, basically corroborates what we’re saying, that this facility is being used for nuclear weaponization,” Jafarzadeh explained.

NCRI claims satellite images of the military base at Parchin show Iran is weaponizing nukes.

He said further proof that the intelligence is right can be seen in the official Iranian response.

“None of them denied our claim outright. Instead, they started attacking us, saying how bad we are and why the United States should not listen to us, without addressing the particular revelation we made,” Jafarzadeh said. “They made no reference to it, nor did they invite the IAEA to come and visit.”

Jafarzadeh said the specific facility shown in the satellite photos depicts a location specializing in detonators. Much of the secret activity is believed to be going on at Iran’s Parchin facility, a spot that Jafarzadeh said Iran blocked inspectors from for years until finally relenting two years ago. He said it makes sense for Iran to do clandestine work there.

“They thought they closed the chapter on Parchin. Now with this new information and new evidence, there is a renewed call among nuclear experts that the IAEA should be able to go back to this place among other locations that the IAEA has never inspected,” said Jafarzadeh.

He also outlined what the process ought to include.

“The IAEA now has to have access to all of those buildings, to be able to interview their top nuclear scientists, including Mohsen Fakhrizadeh, who has been the top person behind the whole program over the past 15-20 years,” Jafarzadeh said.

So why hasn’t Parchin been part of regular inspections since the JCPOA was enacted in 2015? Jafarzadeh said the Iranians successfully limited inspections to “declared sites.”

“I’m not very comfortable with the term ‘declared site’ because these are not really sites declared by Iran. It was exposed by us and then Tehran said, ‘Oh yes, we have those sites,’” Jafarzadeh said.

“[The IAEA] basically keeps track of how many centrifuges they have, how much uranium hexafluoride was produced. They have a checklist they go through and, of course, Tehran is very shrewd, and they know this is not the place they need to cheat,” said Jafarzadeh, noting the violations happen at facilities the IAEA cannot access or does not know about.

Jafarzadeh said the actions of the West over the past four to five years have clearly emboldened the likes of Iran, and he noted there are close ties between the two nuclear programs.

“There is a very, very close relationship [with] North Korea that is helping Iran, not just on their missile program but specifically on their nuclear weapons program,” Jafarzadeh said. “It’s a very scary situation.”