EDITORIAL: Addicted to Uranium – Trump Must Resist Iran’s Craving for the Stuff of Nuclear Weapons 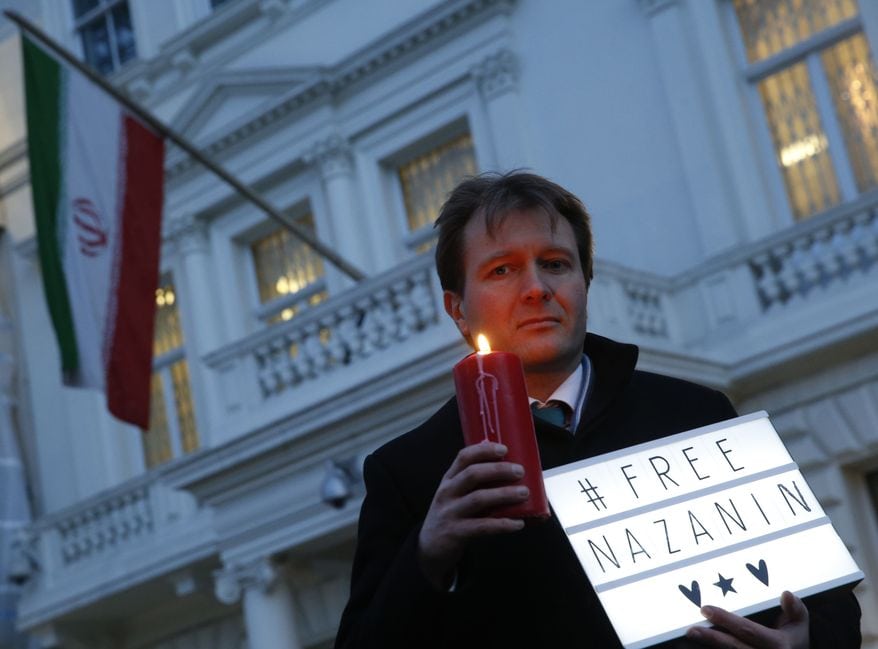 When gentlemen compete, they honor the rules of the game and accept the referee’s calls. But no one would mistake the rulers of the Islamic Republic of Iran for gentlemen, and their gamesmanship in pursuing nuclear weapons is deadly serious. As the mullahs make a bid for more uranium, They have been called out for cheating. The United States is obliged to withhold approval of a new supply of the radioactive material until the regime can prove it’s not up to mischief. Anything else is simply tomfoolery.

Iran is said to be about to renew a petition to import 950 tons of yellowcake, the raw material from which uranium is extracted. The U.S. State Department has issued a perfunctory statement verifying conformity, but Secretary of State Rex Tillerson put his own, hard-boiled mark on the process: “The [nuclear deal] fails to achieve the objective of a non-nuclear Iran; it only delays their goal of becoming a nuclear state. The Trump administration has no intention of passing the buck to a future administration on Iran.”

Given the mullahs’ history of deception, if President Trump intends to retrieve the buck that Barack Obama passed on as his legacy achievement, he is entitled to assume Iran is guilty until the mullahs can prove otherwise.

Two prominent Iranian opposition groups have charged that while the regime insists its nuclear program is progressing in strict compliance with its agreement, it is secretly playing the international community like a violin, conducting research into banned activities that include triggers for nuclear bombs. The engineering is being conducted at a Parchin military facility, south of Tehran, according to the National Council of Resistance of Iran (NCRI) and the People’s Mujahideen of Iran. The nuclear deal made government military installations off-limits for international inspectors, leaving a gaping hole in any realistic effort to authenticate Iran’s compliance with a 10-year delay in its nuclear weapons program.

The resistance organizations provided satellite photographs showing where the illicit research is conducted within the military facility. “There is secret research to manufacture the bomb and basically cover up the real activities of the Iranian regime,” says Alireza Jafarzadeh*, the deputy director of the resistance group’s Washington office. The Iranian resistance has been largely responsible for awakening the world to the danger of Iran; disregarding this most recent revelation would be seriously unwise.

The Iran deal enables the regime to purchase yellowcake to enrich uranium for its own peaceful purposes and to sell the surplus on the international market, but the production capacity sought now suggests that the regime may intend to hide some for nefarious purposes. “Vetoing Iran’s proposal to buy 950 tons of uranium yellowcake from Kazakhstan should be a no-brainer,” says Sen. Marco Rubio, Florida Republican. “Iran does not need this nuclear material, which far exceeds its needs and could someday be further enriched for the purposes of nuclear weapons.”

If Iran’s nuclear activities smells like mackerel left in the sun, rather than hold his nose Mr. Trump should block the yellowcake sale. The mullahs have demonstrated they will lie, cheat and steal to satisfy their nuclear addiction. By blocking their bid for uranium, the president can demonstrate he won’t pass the buck to the makers of the bomb.