Iran anger at US, European support for opposition group 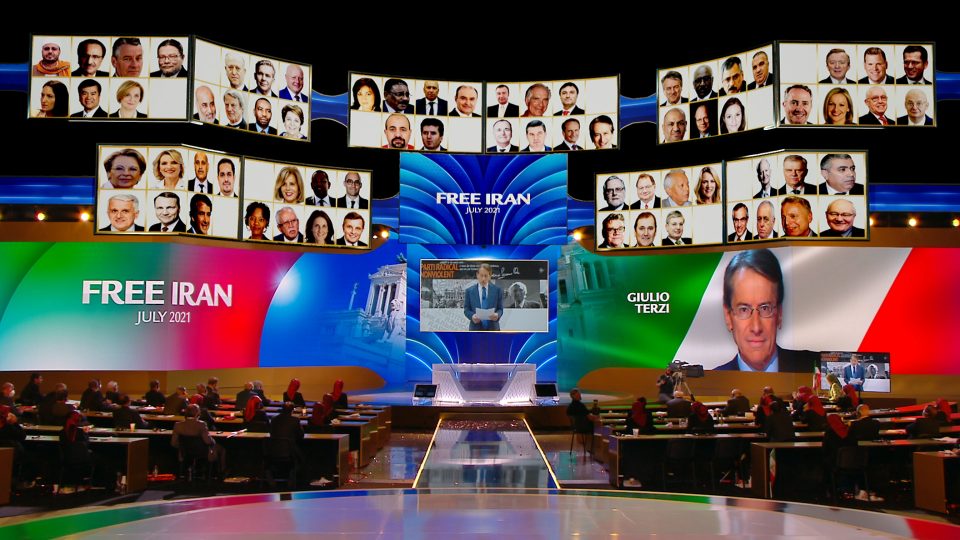 BERLIN — The Iranian government has expressed anger over the appearance of senior European and U.S. politicians at a rally in support of an opposition group that has long sought to overthrow Iran’s theocratic rulers — and which was once considered a terror organization by the West.

Iran’s official IRNA news agency reported that the country’s foreign ministry on Sunday summoned Slovenia’s envoy in Tehran over a video message by the EU nations’ prime minister at the event hosted by the National Council of Resistance of Iran.

The NRCI is the political wing of the Mujahedeen-e-Khalq, which is considered a terror organization by Iran and was once designated as such by the United States until it was delisted in 2012. The EU removed the group from its terrorism list in 2009.

Hundreds of people rallied Saturday in front of Berlin’s iconic Brandenburg Gate, while speakers including former U.S. Secretary of State Mike Pompeo, Democratic strategist Donna Brazile and numerous serving U.S. senators from across the aisle lauded the NRCI and its aims.

Pompeo, who defended the Trump administration’s hard-line stance against Iran over its nuclear program, claimed in his video address that the Iranian government was “at its most precarious state” since the 1979 Islamic Revolution and called for sustained pressure on Tehran.

The former top U.S. diplomat also compared Iran’s newly elected president, Ebrahim Raisi, to a “mass murderer” for his role in the execution of thousands of Iranian political prisoners in 1988.

“The United States should take the lead to hold him accountable for the crimes against humanity that he committed,” said Pompeo, adding that the U.S. government should tell allies in Europe and Asia if they deal with Raisi, “the United States will hold them accountable as well.”

Pompeo praised the NRCI, whose funding is unclear and which has in the past paid foreign politicians to appear at its rallies, urging the group to “keep up the fight.”

“May your mission be blessed and protected, may the Iranian people be blessed,” said the Republican, who has refused to rule out running in the 2024 U.S. presidential election.

Pompeo’s support for the group was echoed by Brazile, who praised the “remarkable courage and leadership” of the NRCI’s president, Maryam Rajavi.

Iran slammed Western politicians taking part in the event, with Foreign Ministry spokesman Saeed Khatibzadeh accusing them of “(selling) themselves cheap for a Europe-hosted circus arranged by a once Saddam-backed terrorist cult with Iranian blood on its hands.”

Jansa, whose country holds the rotating European Council presidency, had said he backed calls for an independent investigation into Raisi’s role in the 1988 executions.

“The Iranian regime must be held accountable for human rights violations and the international community must be more firm on this,” he said.