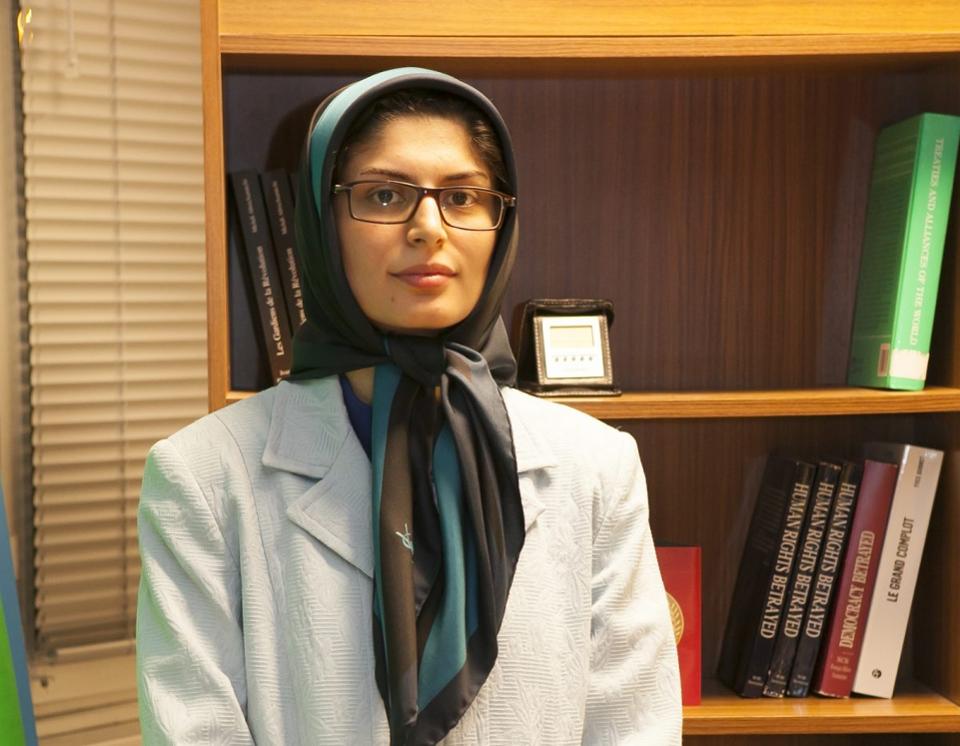 The Middle East has been topping headlines recently as ISIS is being defeated in both Iraq and Syria, and Iran is playing a significantly destructive role in both campaigns and across the region.

All the while, the Iranian opposition National Council of Resistance of Iran (NCRI) is gearing up for its massive annual convention in Paris. The July 1st rally will be the stage of hundreds of prominent figures from four corners of the globe and most likely over 100,000 members of the Iranian Diaspora expressing support for the NCRI President Maryam Rajavi’s and her ten-point-plan platform for a future Iran without the mullahs.

I had a chance recently to sit down and talk with Shabnam Madadzadeh, a young Iranian woman and former political prisoner who just recently was able to exit Iran. She has written articles and delivered remarks in different events shedding light on Iran’s dungeons atrocious conditions.

I was a college student in Iran and like my brother I spent five years in the regime’s jails as a political prisoner. Long interrogations, solitary confinement, forced to witness my brother being beaten, deprived of any contact with my family, death threats and mock executions were the tortures I was placed through.

These methods are used by the Iranian regime to obtain so-called “confessions” and forge a case against you in court, while depriving you of legal representation. I was sentenced to prison and exiled in the notorious Gohardasht Prison in the city of Karaj, west of Tehran.

During my time behind bars I was deprived of any furlough. I witnessed many crimes by the regime authorities, many executions and tortures inflicted not only on political prisoners, but also ordinary inmates arrested on other charges.

In prison I was in a ward with hundreds of other women and up close I witnessed the human rights violations they suffered. Time and again in prison I was deprived of family visits and phone calls for informing the world about the harsh conditions those women went through and the circumstances inside the prison walls. I was also deprived of medical care.

Recently a letter has leaked from inside Iran written by Gohardasht Prison political prisoners describing those taking part in Saturday’s convention as “the voice of all the Iranian people in the larger prison called Iran, who all yearn for a ‘Free Iran,’ a democratic Iran.”

Iran is also the leading state sponsor of terrorism and exports its Islamic fundamentalism to the Middle East. With Hassan Rouhani becoming the regime’s president the international community wrongly provided an image of a moderate at the helm in Iran. This is nothing but a fantasy and mirage for those not familiar with the reality of Iran’s regime.

I was a young college student and spent one year of my time in prison during Rouhani’s tenure. After being released I witnessed how the highly boasted nuclear deal signed by the P5+1 with Iran failed to render any positive change in people’s lives. In fact, their living conditions have become far more difficult. The Iran nuclear deal has only loosened sanctions in favor of the ruling elite in Tehran, and yet human rights violations and state-backed violence have ramped up.

The number of executions under the “moderate” Rouhani skyrocketed, reaching the point of one every eight hours. All the while Iran’s powder keg society was the scene of an increasing number of popular protests in the past four years, and especially in the few months leading to the May 19th presidential election and afterwards. Teachers, workers and people from all walks of life are protesting as making ends meet becomes impossible.

The regime has continuously resorted to responding viciously to these acts of dissent. Life has become so unspeakably unbearable that a number of workers, teachers, college students and even teenagers have resorted to suicide due to financial problems, unemployment and other social distresses.

The truth of the Iranian people’s current living conditions proves the windfall billions poured into Iran after the nuclear deal has not eased the population’s pains, all usurped by Tehran to export its terrorism across the region.

The Iranian people are demanding the mullahs’ regime bring an end to warmongering and exporting terrorism to neighboring countries that they see as their friends. This money belongs to the Iranian people and must be allocated to advance their needs and welfare.

Any negotiation by the West with Iran will only add more gallows in Iran’s squares, escalate the Iranian people’s misery and fuel further meddling by the Revolutionary Guards in the Middle East and even beyond.

For the first time this year I will be taking part in the NCRI’s annual convention in Paris scheduled for July 1st.

The massive “FreeIran” rally will host hundreds of prominent international dignitaries and MPs from the United States, Europe and the Middle East. The message will highlight the necessity to establish a united front against Iran-sponsored international extremism under the banner of Islam.

Joined by an anticipated +100,000 members of the Iranian Diaspora, these political figures will express their support for the Iranian people’s demand of regime change in Iran. This rally will be the voice of widespread social protests against the mullahs’ regime inside Iran, escalating prior to last month’s presidential election sham and continuing as we speak.

And considering the mullahs’ practices of domestic crackdown, continuous meddling and terrorism in the region and beyond, and advancing its nuclear/ballistic missile programs, this convention will demand a firm international approach in the face of Iran’s belligerence.

I am certain that that the presence and solidarity of various Western and Arabic governments and nations will be very inspirational for all. I hope that I, as an Iranian who has decided to be the voice of my people, can be successful in sending their message: the Iranian people are determined, at any price, to topple the mullahs’ regime once and for all.