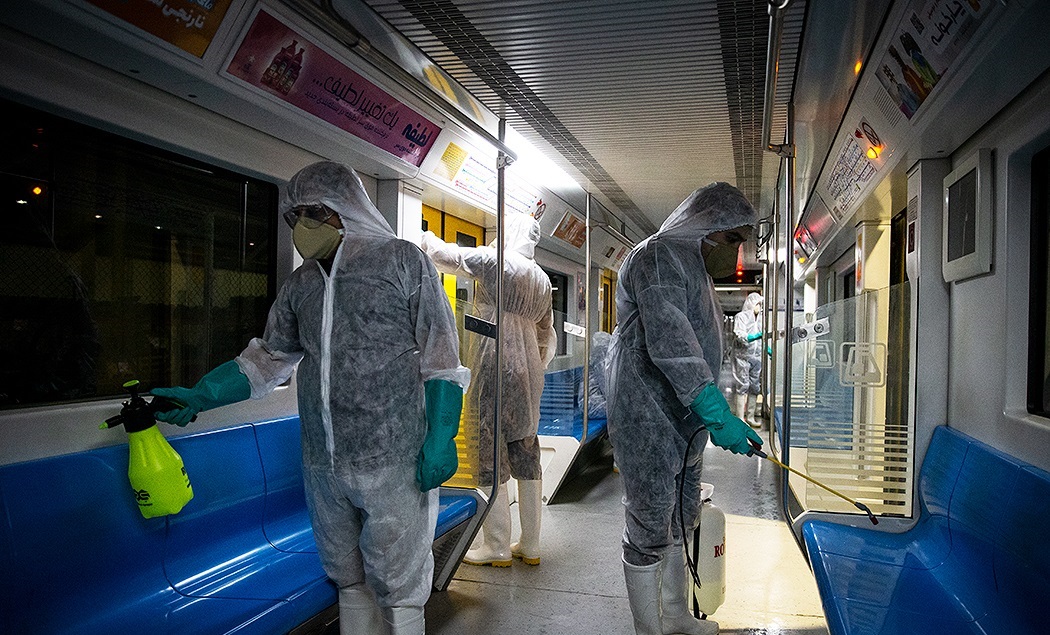 The criminal incompetence and malign indifference of the mullahs ruling Iran have made the nationwide outbreak of coronavirus a national, and potentially regional disaster. The repercussions will be extensive, not just for global health, but also for a regime already reeling in the aftermath of nationwide uprisings and an election boycott. More than ever before, Iran’s people are fed up with the status quo and desire change.

The kleptocracy lacks the know-how, the infrastructure, the wherewithal, and above all the genuine, heartfelt concern for its people to fight the epidemic. It has resorted to what it is great at: outrageous lies and suppression. Coronavirus has so far claimed more than 4,500 lives in 175 towns and cities in all 31 provinces, according to the Iranian Resistance’s network inside Iran. The regime’s own parliamentary members concede that even hospital corridors are overflowing with infected patients, and that “official figures are a joke.”

Aware of the virus’s spread for some time, officials sought to cover it up on the order of Supreme Leader Ali Khamenei, to encourage a high turnout for the anniversary of the 1979 revolution and the sham election. Because the people were kept in the dark, the virus rapidly spread. Ordinary patients were deprived of basic necessities, in contrast to the Islamic Revolutionary Guard Corps (IRGC) and regime officials, who held onto preventive medical resources.  Masks have entered the black market and are being sold at exorbitant prices, profiting the IRGC, which controls the smuggling network.

The people’s outrage is rising, and it shows – not just in Tehran, but in every town and city. The divide between rulers and ruled – a by-product of 41 years of repression, terror, plunder, economic malaise, and destruction of natural resources and the environment – is unbridgeable. Iran is ripe for more protests.

In November, a nationwide uprising expanded to 190 towns and cities with chants of “death to (Supreme Leader) Khamenei,” “death to (President) Rouhani,” and “death to the dictator.” On Khamenei’s shoot-to-kill order, the IRGC unleashed a massacre, killing over 1,500 protesters. A shaken Khamenei saw how close his regime had come to downfall.

Then came the January 3rd death of Qassem Soleimani, the notorious Commander of the IRGC’s Quds Force, and second only to Khamenei in power and influence. Given his uniquely central role to the regime’s regional “strategic depth” and domestic suppression, Soleimani is irreplaceable.

The state of crisis was compounded by the IRGC’s shootdown of a passenger airliner in January, killing over 170 passengers. The entire regime reacted with straight-faced lies, only confessing when faced with indisputable evidence. The people’s reaction was fast and furious: a new round of protests spanning several dozen towns and cities. Slogans targeted the entire leadership and the IRGC, including Soleimani. Protesters chanting “Down with the oppressor, be it the Shah or the Leader (Khamenei),” rejected both the previous monarchical dictatorship and the current theocracy. Then last month, the theocracy staged its farcical parliamentary “elections.” Even the inflated voter turnout announced by the Interior Ministry confirmed a boycott of unprecedented levels.

The Islamist Regime Is Weakening, Within & Without

Externally, Tehran’s regional ambitions, a pillar of its survival doctrine, are crumbling. Soleimani is gone, and since October there have been expanding protests in Iraq and Lebanon, with protesters chanting against the destructive Iranian intervention in their countries. More importantly, no longer can the regime rely on western largesse and political concessions to keep it afloat despite its extreme unpopularity at home.

Conversely, the organized opposition is getting stronger and spreading. The main Iranian opposition, the Mujahedin-e Khalq (MEK), has a potent network in Iran, where it is organizing and leading mass anti-government protests, to Khamenei’s oft-expressed alarm. When the coronavirus epidemic broke, the MEK network rushed to help, to the point that some activists fell victim and died. Meanwhile, the Resistance’s outreach abroad has blown the regime’s coverup conspiracy wide open.

In a word, Iranians are increasingly convinced that only the overthrow of this regime will end the decades-long cycle of disasters. They seek a free, democratic, secular, and non-nuclear republic that respects human rights and international law, exactly what the forward-looking National Council of Resistance of Iran (NCRI) and its President-elect, Maryam Rajavi, advocate. The United States has the opportunity to declare, as the U.S. House unanimously did in H.Res.752, that it “stands with the people of Iran” and their organized Resistance as they seek change.

The clerical regime is a clear and present danger to Iranians and others. The people of Iran cast their ballots in the November 2019 and January 2020 uprisings: They want regime change by Iranians. The coronavirus debacle has only further fueled their determination.

Alireza Jafarzadeh, the deputy director of the Washington office of the National Council of Resistance of Iran, is credited with exposing Iranian nuclear sites in Natanz and Arak in 2002, triggering International Atomic Energy Agency inspections. He is the author of “The Iran Threat” (Palgrave MacMillan: 2008).

More Than 4,000 Corona Fatalities in 166 Cities
Comment
The Coronavirus Crisis in Iran