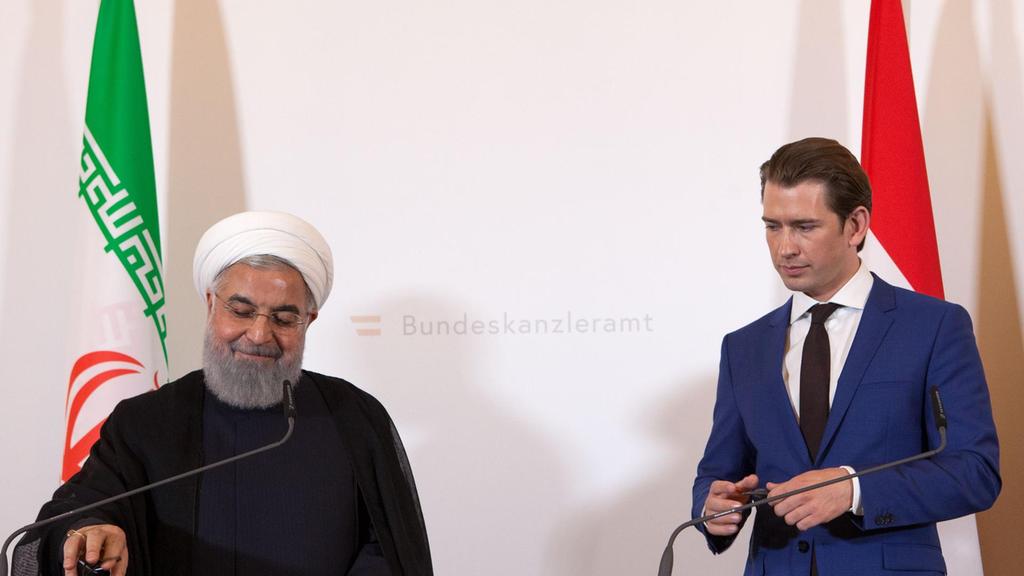 A married couple detained in Belgium over a suspected plot to bomb a meeting of Iran opposition activists are believed to have been a long-term sleeper cell installed by the regime in Tehran, according to Belgian media reports.

The couple, named by activists as Amir Sadouni, 38, and Nasim Nomeni, 34, had lived in Belgium for years, taken citizenship and are suspected of having infiltrated the organisation they had allegedly planned to attack.

Following their arrest, they said that they had been operating under duress for fear of their families being harmed in Iran, but Belgian investigators believe they were long-term operators for the Tehran regime, according to Belgian daily Die Standaard citing unnamed security sources.

It reported that they had received the explosives earlier in the day during a handover in Luxembourg, which borders both Germany and Belgium.

The couple had both gained Belgian citizenship in part because of their claimed persecution as members of the Mujahideen-e-Khalq (MEK), seen by Tehran as a criminal network aimed at bringing down the government. It has been banned in Iran since 1981.

The MEK form the rump of the Paris-based National Council of Resistance of Iran (NCRI) which hosted Saturday’s rally just north of Paris that was earmarked for attack. The event went ahead as planned with speakers including Rudy Giuliani, the former New York mayor and lawyer for Donald Trump.

The MEK was once listed as a terrorist organisation by the United States and the European Union but now has strong backing from many of Mr Trump’s supporters as the government-in-exile of Iran.

Iran has sought to apportion blame for the bomb plot on the MEK and the semi-official Tasnim news agency reported on Wednesday that the arrested man was a member of the group. Pictures circulating among opposition groups were said to show the couple at MEK events.

The couple was arrested in a car in the suburbs of Brussels Saturday by Belgian investigators who found half-a-kilogramme of explosives and a detonator that was to be used for the attack, according to officials.

Police have searched a number of addresses in Belgium including the couple’s home in the southern suburbs of Antwerp. The NCRI claims that Mr Sadouni worked for a shipping company in both the Netherlands and Belgium, while Ms Nomeni went to Belgium in 2009 to marry him.

Belgium also Wednesday issued a warrant for a man of Iranian origin being held in France suspected of involvement in the plot.

An Iranian diplomat, based at the country’s embassy in Vienna, Austria, was also being held after being arrested in Germany on Saturday.

Iranian opposition figures claim that he has been in charge of intelligence at the embassy for the last four years and would have given the final order to the couple to carry out any attack.

The arrest of the diplomat, Assadollah Assadi, has proved a diplomatic embarrassment for Iran as it coincided with a lobbying mission to Europe by President Hassan Rouhani to promote the Iran nuclear deal cut short by President Donald Trump who has demanded new sanctions on the regime and its supporters.

The other signatories to the deal, including Britain, Germany and France, have promised to continue doing business with Tehran despite pressure from the Trump administration and pledges to crack down on European companies involved in Iran.

The leaders’ support could be made more difficult if it transpires that Iran was the guiding hand behind a plot allegedly set to be carried out in France with links to at least three other European nations.

Mr Rouhani was in Vienna on Wednesday where he met Chancellor Sebastian Kurz and discussed the matter, according to the Austrian leader. Austria summoned Iran’s ambassador on Monday and informed him that they were stripping Mr Assadi of his diplomatic status and immunity from prosecution.

“We expect full clarification in connection with this and I thank you, Mr President, for assuring us that you will support this clarification,” Austrian Chancellor Sebastian Kurz said in a statement to reporters after the meeting.

Mr Rouhani did not mention the incident and took no questions from reporters. Iran has previously described the police operation as a “false flag” intended to detract from Mr Rouhani’s visit.