MENUMENU
Articles > U.S. Policies Can Manage The Threat Of Iranian Terrorism But Iran’s People Can Eliminate It

U.S. Policies Can Manage The Threat Of Iranian Terrorism But Iran’s People Can Eliminate It 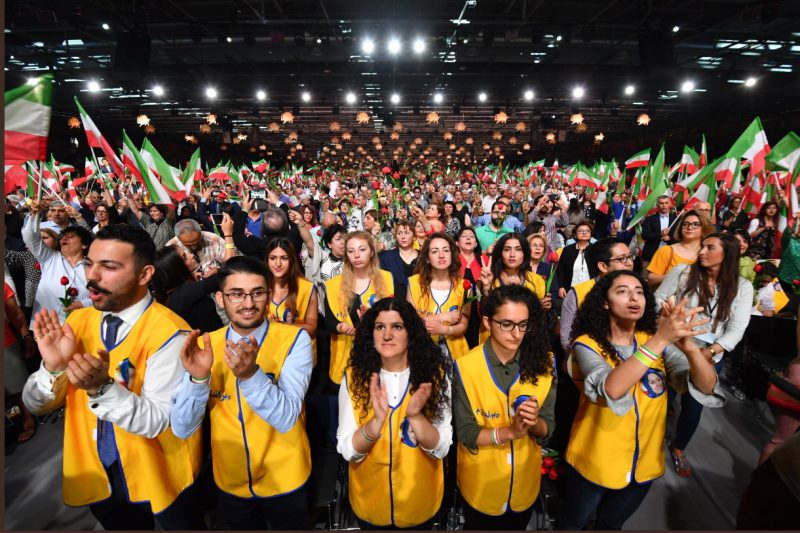 Earlier this month, a bipartisan group of over 50 members of the U.S. House of Representatives introduced Resolution 374, highlighting the Iranian regime’s persistent support for terrorism. The resolution expresses “support for the Iranian people’s desire for a democratic, secular, and non-nuclear republic of Iran.”

It “calls on relevant… agencies to work with European allies” and to help “prevent the malign activities of the Iranian regime’s diplomatic missions, with the goal of closing them down, including the Iranian embassy in Albania.”

As justification for this goal, it cites three of the several Iranian terror plots that were discovered and foiled by Western authorities over the course of last year, across Europe and North America. These plots have been reliably identified as part of an escalating pattern of provocation by the Iranian regime, and they certainly call for a proportional response from the U.S.

The White House has acted accordingly, with the repeated imposition of new sanctions, as well as the unprecedented designation of the Islamic Revolutionary Guard Corps (IRGC) as a Foreign Terrorist Organization. The listing may set the stage for Washington to take relevant action against the additional infrastructure of Tehran’s terrorism.

President Trump and his national security team, including Secretary of State Mike Pompeo and National Security Advisor John Bolton, have done a superb job in holding Iranian rulers accountable for their outlaw behavior, and should advance the same path, as the only effective way to end the Iran threat.

H.Res.374 also emphasizes the role that the Iranian Ministry of Intelligence and Security (MOIS) in the pursuit of terrorist actions such as the attempted bombing of the main opposition’s Free Iran gathering in Paris on June 30 of last year. That event was attended by dozens of high-profile dignitaries from the United States and Europe, among many other counties around the world. The thwarted plot served to expose the willingness of the MOIS not only to target Iranian dissidents on foreign soil but to also attack Western citizens directly.

A recent detailed report, Iran’s Emissaries of Terror, published by the US representative office of the main opposition National Council of Resistance of Iran (NCRI-US) in Washington, clearly shows that MOIS terror plots enjoy the full collaboration of the Ministry of Foreign Affairs and Tehran’s Foreign Minister Javad Zarif.

Under Zarif’s watch, in 2018 alone, five Iranian diplomats were expelled by France, the Netherlands, and Albania for harming European security. Another high-ranking diplomat is currently in jail in Belgium for allegedly delivering a powerful bomb to two other MOIS culprits to bomb an opposition rally in Paris. Several other Iranian agents who worked with diplomatic missions have been imprisoned, including two in the United States.

Despite such mind boggling terrorist intervention in Europe and the U.S., Zarif travels to New York and Europe posing as a victim of US policy of firmness. So much for hypocrisy! If Supreme Leader Ali Khamenei, President Hassan Rouhani, and Zarif want to see an end to Tehran’s international isolation, the path is clear; abide by the 12 points announced by the United States and act like a normal government, instead of a pathological theocracy bent on using terrorism as the primary instrument of statecraft.

The EU finally has finally acted by including the MOIS Internal Security Division and two of its known operatives on the multinational body’s list of terrorist organizations.

Many advocates of the status quo have argued that the IRGC blacklisting and other sanctions have increased the potential for war (an argument that Zarif has borrowed). But it is far more likely that these actions have prevented successful attacks on Western personnel, to say nothing of Iranian activists pushing for a democratic future in their homeland.

In the long run, it is these activists alone, backed by the Iranian people, who will provide a guarantee for peace. The Paris bomb plot and other recent plans by the MOIS and the IRGC make it clear that the existing dictatorship is committed to terrorism. The answer is democratic change by the Iranian people.

The recent House resolution reflects growing confidence among Western lawmakers and Iranian activists that such change is forthcoming. It points, for instance, to a mass uprising, which began at the end of 2017 and spawned countless protests across Iran throughout 2018. In many cases, those demonstrations showcased the widespread and growing support for Iran’s organized democratic movement.

As Resolution 374 explains, opposition leader Maryam Rajavi’s 10-point plan “calls for the universal right to vote, free elections, and a market economy, and advocates gender, religious, and ethnic equality, a foreign policy based on peaceful coexistence, and a non-nuclear Iran.”

The US must make the MOIS subject to the same blacklist as the IRGC, and Tehran must be compelled to cease using diplomatic institutions as cover for terrorism.

Diplomatic and economic pressure on the regime will indeed serve to manage components of the regime’s terrorism. Iran’s people, however, led by their organized opposition, can eliminate it once and for all.

Ken Blackwell is the former U.S. Ambassador to the United Nations Human Rights Commission. He has been a member of the Council on Foreign Relations for the past 25 years.