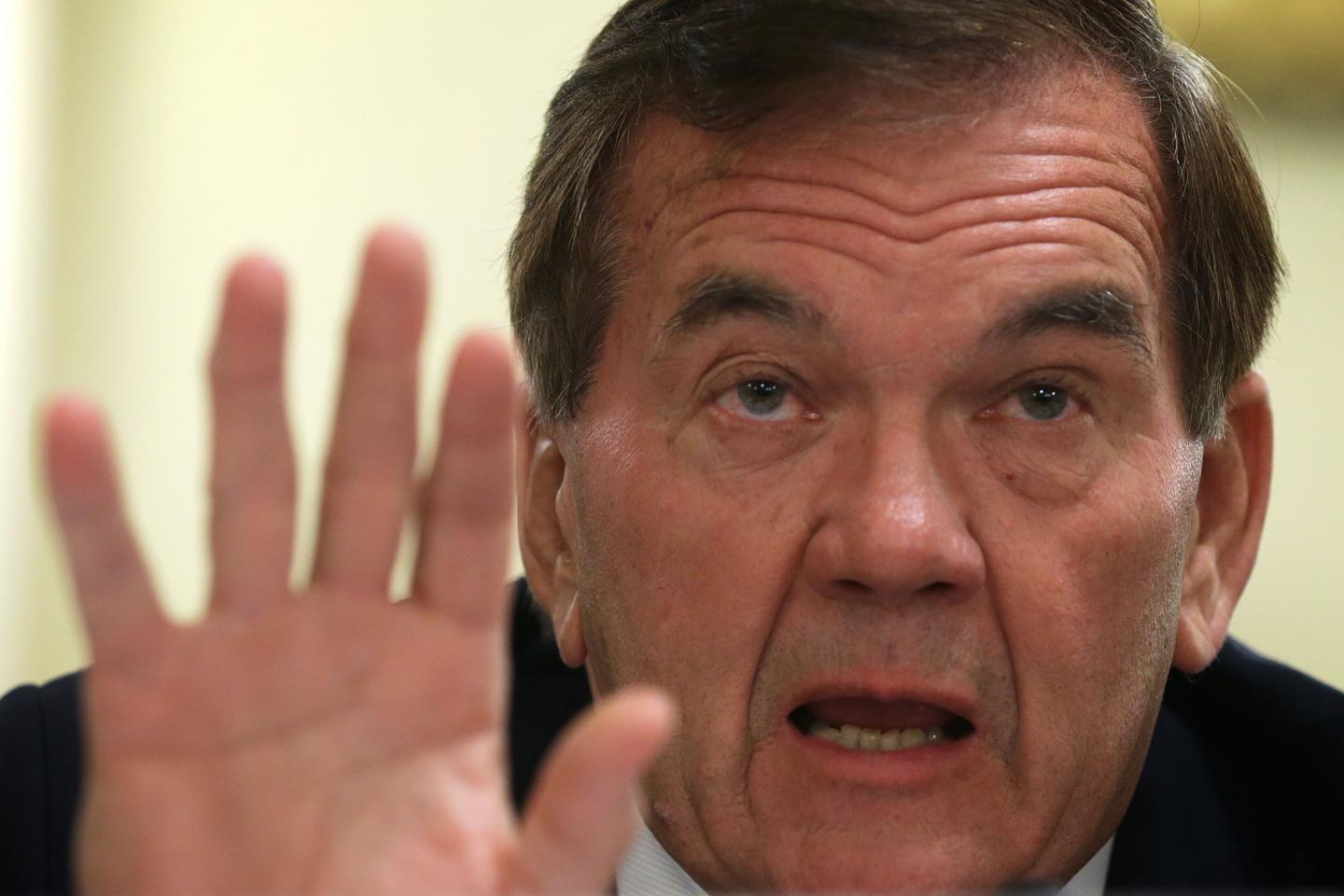 President Trump has been very clear about his strong commitment to combat the global scourge of terrorism and to combat those nations that support and enable it.

He has signaled his desire to build meaningful partnerships to achieve these goals and his focus in the Middle East is particularly relevant.

In his first speech to the United Nations General Assembly last month, the President unhesitatingly identified which players are our friends and which are our enemies in that unstable region.

Since taking office, he has strengthened ties between our traditional Arab allies, led by Saudi Arabia, with a determined and specific eye toward challenging a mutual, longstanding enemy, the Islamic Republic of Iran.

This approach should be taken a step further. In addition to working with supportive countries to confront Iran, there is a meaningful partnership to be built with an Iranian democratic resistance group with a global diaspora and significant presence in Iran itself – the NCRI (National Council of Resistance in Iran).

It was the NCRI which first blew the whistle on Tehran’s hitherto 20-year clandestine nuclear weapons program in 2002, which triggered inspections by the International Atomic Energy Agency (IAEA).

President Trump also clarified his message distinguishing the repressive Iranian government from the people of Iran in his remarks before the UNGA.

For the first time since the popular revolution that overthrew the Shah in 1979, a U.S. President reiterated the ties between the U.S. and the people of Iran, acknowledging their shared goal of changing the behavior and agenda of the ruling regime, and encouraged them to choose their “nation’s proud roots as a center of civilization, culture, and wealth.”

“The entire world understands that the good people of Iran want change,” Mr. Trump said. “And, other than the vast military power of the United States, that Iran’s people are what their leaders fear the most. This is what causes the regime to restrict Internet access, tear down satellite dishes, shoot unarmed student protesters, and imprison political reformers.”

Given the depth of the President’s understanding of the nature and the condemnation of the Iranian government, one might expect his White House to follow his lead by broadening its search for potential partners in the fight for a better future for the Persian Gulf region. At times, non-state actors have just as much of a role to play as national governments.

The emerging political conflict with the Islamic Republic is certainly one such instance. Had any member of the President’s team witnessed the throngs gathered outside the UN headquarters at the Free Iran rally, protesting Iranian President Hassan Rouhani’s presence at the UN, they would understand the potential of the anti-Rouhani assembly.

The protest drew thousands of Iranian political activists, and many, many of their American supporters. It also made a strong case for the ability of the Iranian people to facilitate regime change in conjunction with an organized opposition in internal and external politics.

Opposition Leader Maryam Rajavi has argued that the Iranian regime is more vulnerable than ever before, thanks to the ever-escalating discontent in Iran, the growing international awareness of Tehran’s contempt for democracy and human rights, and its ongoing contribution to instability in the Middle East and beyond.

Mrs. Rajavi defines “three fundamental truths”: that regime change in Iran is imperative, that it is achievable, and that there exists an organized Resistance movement prepared to facilitate that change as soon as it enjoys adequate support from the United States and other freedom-loving countries.

The Administration needs to accept these truths. If history serves as a guide, the religious leaders and their puppet regime in Iran will never reverse course. By implication, short of an outright call for regime change, the President’s strong rebuke of Iran at the UN seems to embrace what the Iranian people want . The NCRI is a natural ally as it shares the President’s goal of a tolerant, peaceful, democratic non-nuclear Iran.

Regime change from within is the preferred option at this time. A significant first step in this process would be the public recognition of the NCRI, embrace of its democratic agenda and affording the opportunity for the leadership to introduce themselves to our political leaders and the American public.

In setting policy toward Iran, it is important not only to fight political battles against the Islamic Republic, but building relationships with people and groups like the NCRI whose goal is to bring freedom and democracy to Iran and make the Middle East safer, more tolerant and more secure.

Tom Ridge was the first Homeland Security Secretary and a Governor of Pennsylvania.