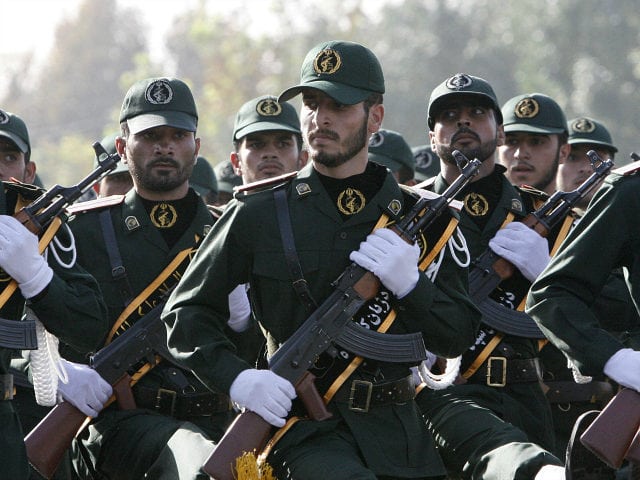 These sites are not listed as approved under the Joint Comprehensive Plan of Action (JCPOA) or Iran nuclear deal.

With the looming October 15 deadline, President Donald Trump must decide whether he will announce that Iran is complying and recertify the deal struck by the Obama administration or whether, based on information provided to him, he will decide the regime is cheating and decertify the historic deal.

The extensive ebook report provides a full picture of the Iranian regime’s weaponization program, which Alireza Jafarzadeh, deputy director of the NCRI’s Washington office, told Breitbart News “is at the core of their entire nuclear program.”

“What we discuss in this new report is that Tehran has two nuclear programs,” he added. “One is the military program, intended to give them their first nuclear bomb. And the second is the civilian program,” which he said is meant to give the proper cover to the military program which he described as being “at the heart of” Iran’s nuclear activities and program.

Jafarzadeh noted that the civilian program is “integral and very necessary” to the regime in that it provides “proper cover to the military program. It also facilitates the production of the nuclear program by providing them cover, expertise, access to foreign sources, access to research facilities, and access to universities without raising a red flag.”

In a recent interview, the IAEA’s Director-General Yukiya Amano said, “We don’t make a difference between civilian and military locations, [but] we don’t discuss details of where we go.”

According to the report, the sites that are not under the supervision of the IAEA are controlled by the IRGC, where the Iranian regime is allegedly cheating. “We concluded that, despite the JCPOA, the operation for the nuclear weaponization continues,” the report reads. “It’s actually operating in full gear and Tehran has successfully fended off the supervision of the IAEA to those key sites by making the argument that these are military sites and they are going to be off-limits.”

The book identifies four new military sites that NCRI has identified and they believe, with a “high degrees of certainty,” have been “involved in various aspects of the nuclear weapons project.” The Parchin nuclear facility, which Breitbart News reported on in April, makes for fives military sites. The event and presentation, hosted by NCRI and Jafarzaadeh, detailed satellite imagery and intelligence that purported to show the Iranian regime is far from complying with the terms of JCPOA and included details about how the Parchin nuclear site is complicit in this.

These four sites are:

-Pazhouheshkadeh site: Located at the Parchin military complex in southeast Tehran, the Pazhouheshkadeh site is the center for METFAZ’s tests, according to the NRCI. METFAZ (the Center for Research and Expansion of Technologies on Explosions and Impact or Markaz-Etahghighat va Tose’e Fanavari-e-Enfa in Farsi) is a subdivision of SPND (which is Sazman-e Pazhouheshhaye Novin-e Defa’i in Farsi) – in English, the Organization of Defensive Innovation and Research – a fairly newly-constructed site to the north of the sprawling Parchin base. SPND was first exposed by NCRI in 2011 and was sanctioned by the State Department in 2014. Breitbart News previously reported that “large portions of METFAZ activities are carried out at Iran’s Sanjarian site and then transferred to the Research Academy which is situated within the Parchin nuclear site.”

-Nouri Industrial site: Located at Khojir military complex in southeast Tehran, this site is reportedly committed to actively pursuing the production of nuclear warheads which is conducted by the Hemmat Missile Industries Group.

-Hafte Tir site: Located in the Hafte Tir military complex near the city of Isfahan, this site belongs to the Defense Ministry. It is a mere six miles (10 km) away from the town of Mobarakeh, which is scored with underground tunnels, is under the supervision of SPND. The Hafte Tir military industries are responsible for a large portion of the Iranian regime’s ammunition production, the NRCI report asserts.

-Sanjarian site: This site is affiliated with METFAZ and located in the vicinity of the Parchin military complex. The report notes that “a major portion of the tests and experiments that used to be conducted at Sanjarian, have recently been transferred to Pazhouheshkadeh in Parchin. While Sanjarian is still functional, it has become semi-active as of late.”

The report also lists the Mojdeh Site – the original venue of SPND’s headquarters – and the Nour (Light) Building, which is SPND’s current headquarters. Both the old and new headquarters have reportedly not been subject to inspection.

The book notes that one of the key issues with the verification process is the lack of access to Iran’s military sites. “It is, therefore, naïve and delusional to speak of verifying Iran’s adherence to the JCPOA unless unfettered, prompt access to inspect its military sites is guaranteed and utilized,” the book notes in its conclusion.

NCRI was able to uncover the information in the report with the help of covert members of the Mujahedin-e Khalq (MEK) within Iran. The MEK is credited with revealing Iran’s nuclear program in 2002.

In June 2016, the Obama administration conceded that weapons-grade uranium particles were discovered at the off-limits Parchin facility.

The Iran nuclear deal has largely benefited the IRGC. The Iranian regime, through the IRGC, works to destabilize the entire Middle East by supporting and fueling the Bashar al-Assad regime in Syria, its Houthi rebels in Yemen, and killing hundreds of American troops in Iraq.

In February, Breitbart News reported on an intelligence report specifying the scope of terrorist training camps run by the IRGC and Quds Forces within Iran, including camps’ alleged locations, the countries they poach recruits from, and the structure of the camps themselves.

The Trump administration has considered labeling the IRGC a terrorist organization, in addition to potentially decertifying the nuclear deal which emboldens it.

In response to this, the Iranian regime has threatened “crushing” retaliation if Trump does indeed designate the IRGC a terrorist entity.

On Monday, a spokesman for Iran’s Foreign Ministry said the United States would be making a “strategic mistake” by designating the IRGC a terrorist organization and said, “If they do, Iran’s reaction would be firm, decisive, and crushing and the United States should bear all its consequences.”

On Wednesday, news broke that, counter to a congressional mandate to designate the IRGC a terrorist organization by the month’s end, the Trump administration will not commit to designating the IRGC as such. According to the Free Beacon, multiple U.S. officials and other administration insiders said: “holdovers from the Obama administration are working to stymie the effort.”