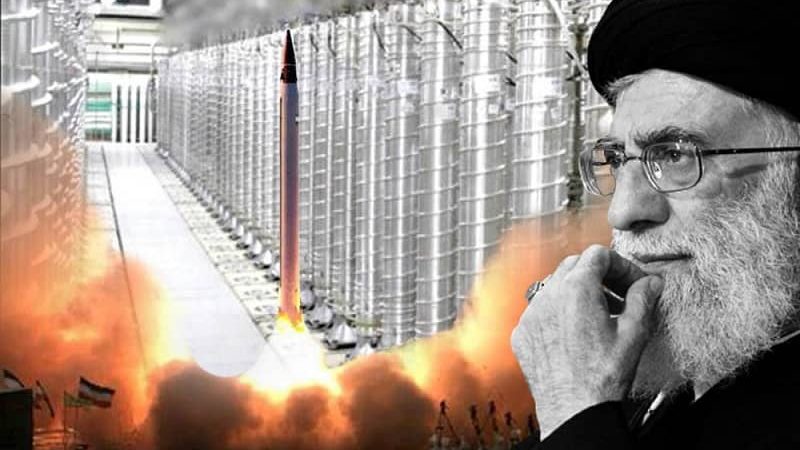 Commenting on the talks over the Iranian regime’s nuclear program in Vienna, Mohammad Mohaddessin, Chairman of the Foreign Affairs Committee of the National Council of Resistance of Iran (NCRI), said the following:

The Iranian Resistance welcomes any efforts to prevent the mullahs’ regime from obtaining a nuclear bomb. The regime’s nuclear program is to the detriment of the Iranian people. Procuring or obtaining nuclear weapons is a vital pillar of the Iranian regime’s survival strategy.

The regime has sought nuclear weapons to exert its hegemonic designs on neighboring countries and blackmail foreign interlocutors into securing economic and political concessions and accepting its rogue behavior and continuation of the suppression of the Iranian people.

Following the signing of the Joint Comprehensive Plan of Action (JCPOA) in 2015, the President-elect of the National Council of Resistance of Iran, Mrs. Maryam Rajavi, reiterated that “circumventing the six UN Security Council resolutions and an unsigned agreement, which lacks the requirements of an official international treaty, would block neither the mullahs’ pathways to deception nor their access to a nuclear bomb.”

After six years, it is universally accepted that the JCPOA did not dissuade the regime from obtaining a nuclear bomb. The mullahs spent the financial windfall resulting from lifting the sanctions to arm, train, and finance their proxies in the Middle East, renew their terrorist plots on European soil, advance and expand their ballistic missile program, continue their nuclear program, and suppress the Iranian people. If the past is prologue, no amount of political or economic concessions under any pretext will moderate this regime’s behavior. Denial, deception, and duplicity are part of its DNA.

Since 2015 the Iranian regime not only has stepped up suppression at home but also increased its terrorism in Europe. In February 2021, following 2.5 years of investigation, a court in Belgium convicted a regime’s diplomat and three of his accomplices for trying to bomb the annual gathering of the NCRI in a suburb of Paris in June 2018, where tens of thousands were present. The “diplomat” acted on behalf of the Ministry of Intelligence and Security with the full cooperation of the Ministry of Foreign Affairs. EU’s silence and inaction vis-à-vis this brazen act of terrorism is unacceptable and only emboldens the regime to continue such behavior.

In reality, there has not been a single site or research project about which the regime has voluntarily informed the International Atomic Energy Agency (IAEA). It had merely conceded to the existence of such sites or projects only after the IAEA confronted it with irrefutable evidence and forcing Tehran’s hands.

Therefore, in any negotiations with Tehran, respecting human rights and ceasing terrorism must be front and center.

The Iranian Resistance’s revelation of the Natanz uranium enrichment site and the Arak Heavy Water facility in August 2002 and subsequent revelations unveiled the extent to which the regime’s clandestine nuclear weapons work had advanced and triggered IAEA inspections and ensuing measures by the United Nations Security Council. Without it, the mullahs would have had the bomb by now.

We are proud for being the primary source of revelations about the regime’s secret nuclear weapons program. The undeniable fact remains that the mullahs’ regime did not disclose its nuclear program’s full scope and has left many questions unanswered.