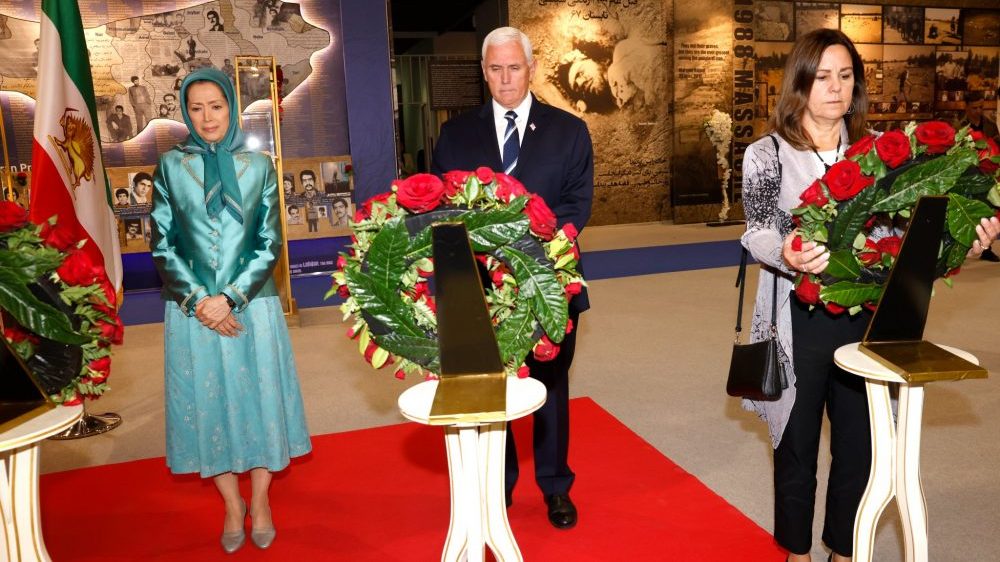 Former Vice President Mike Pence on Thursday visited Iranian dissidents in Albania, praising their efforts to replace the theocratic regime with a democratic and secular government – and calling on the Biden administration to withdraw from talks to enter a renewed Iran nuclear deal that he said will only serve to “empower and enrich” the current regime.

“I have traveled more than 5,000 miles from my home in Indiana to be here today because we share a common cause: the liberation of the Iranian people from decades of tyranny, and the rebirth of a free, peaceful, prosperous and democratic Iran,” Pence told activists at the headquarters of the National Council of Resistance of Iran (NCRI).

Pence is visiting the Albanian safe haven for the NCRI, an umbrella group for dissident groups that oppose the regime and which found support from a number of Trump-era officials including former Secretary of State Mike Pompeo.

Pence met with NCRI President-elect Maryam Rajavi, and with those who suffered human rights abuses in the country, before he delivered a speech to activists praising their struggle and telling them that the American people stand with their cause, while noting the withdrawal from the Iran nuclear deal by the Trump administration in 2018. READ MORE… 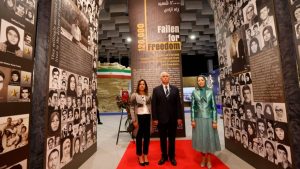