IRGC Is Arm of Iran Regime’s Exporting of Terrorism 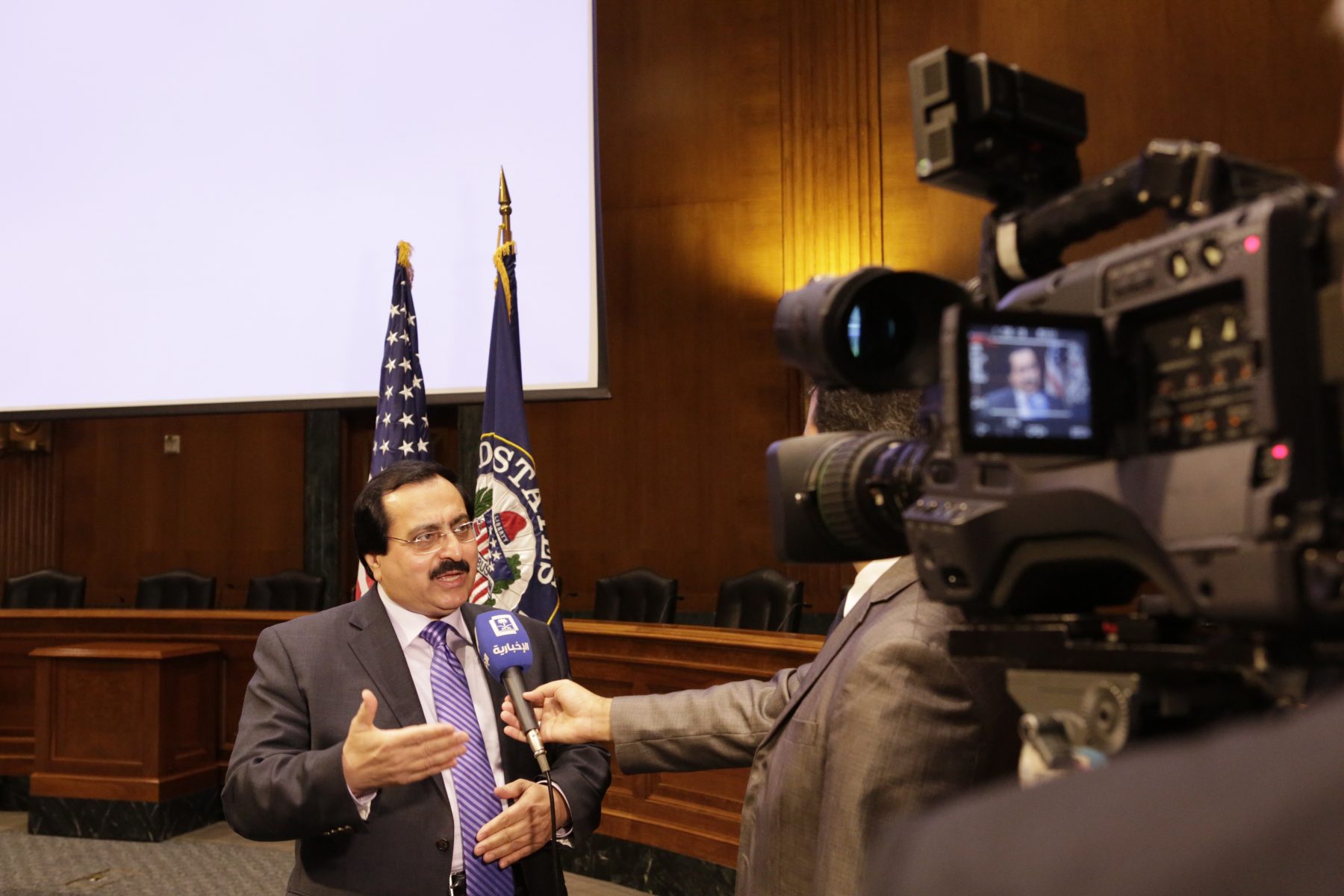 An expert panel met with the U.S. Senate to discuss Iran’s upcoming ‘elections’ and the role of the Islamic Revolutionary Guard Corps (IRGC) in the Middle East. Various officials within the U.S. have been debating the wisdom of designating the IRGC as a foreign terrorist organization. Current legislation in from of Congress would impose harsher sanctions on the IRGC, but would not go so far as to designate it a terrorist organization.

“They [the IRGC and Quds Force] are really part of the strategy of the Iranian regime and the Supreme Leader to export terror and meddling in Iraq, Syria, Yemen and many other countries. It has the full blessing of the Supreme Leader, Ali Khamenei,” said Alireza Jafarzadeh, a media commentator on the Middle East and deputy director of the National Council of Resistance of Iran (NCRI) Washington office.

He noted that the IRGC has dozens of training centers throughout Iran, divided based on nationality and types of training. The two types of training are terrorist and military training, both of which help to train forces for combat in Syria and other areas.

“Since 2012, the training of foreign mercenaries in the IRGC control camps have actually increased. So much under the operation of Rouhani,” said Jafarzadeh. He also noted that those who come for military training have been recruited for additional training in missiles, marine training and special courses in heavy weaponry.

“Keep in mind that the IRGC controls the export and import of the country through the docks that they have. About 40% of all the docks in the country,” said Jafarzadeh. He stated that with this control, the IRGC is using the funds to maintain their huge operation.

In the official budget, they are only allocated 3 to 4%, but even that official amount is much higher. “It’s about 30% of the budget that is hidden under different names and under different covers, but it’s actually the budget for exporting terrorism and training these terrorists and also security purposes…You [also] have profits coming from 14 major power houses that are actually controlled by Khamenei and the IRGC,” said Jafarzadeh.

According to the NCRI, privatization in Iran resulted in the creation of companies that were actually controlled by the IRGC, which means that a large portion of the civilian economy is really in the hands of the IRGC. “Half of the GDP of the country is actually controlled by the institutions that are either controlled by the Supreme Leader or the IRGC. They are really the same. The Supreme Leader gave the power and resources to the IRGC to make sure to keep the system in power,” said Jafarzadeh. “Anyone who is doing business with Iran, so called the private sector in Iran, they are actually doing business with Khamenei and the IRGC…No foreign activity can cut a deal which is not under their control.”

He noted that the IRGC meets all the criteria of the U.S. State Department for this designation, including being a foreign entity, their activity in terrorism and terrorist activities, and that their activities threaten the security of the U.S. or American nationals.

At the conclusion of his comments, he stated that the IRGC needs to be designated as a foreign terrorist organization and also needs to be eliminated from the region to stabilize it.