Is Iran’s Latest Agreement With IAEA Another Example of ‘Playing for Time’? 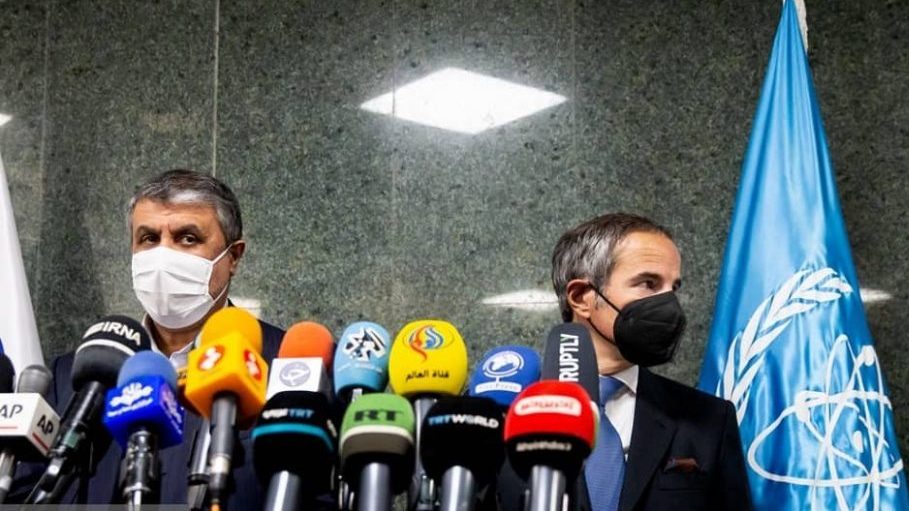 It was reported on Thursday that the head of the International Atomic Energy Agency, Rafael Grossi, had once again struck a deal with the Iranian regime to delay the complete collapse of a monitoring regime that has been vital to keeping the 2015 Iran nuclear deal on life support.

Since February, the IAEA’s mission in Iran has been greatly limited by restrictions put in place by Iranian authorities as part of an effort to pressure the United States into providing relief from sanctions that were re-imposed or newly imposed following its 2018 withdrawal from the Joint Comprehensive Plan of Action. But Grossi’s negotiations with Iranian authorities prevented IAEA inspectors from being kicked out of the country entirely. Instead, they remained but were largely prevented from conducting in-person inspections or even accessing surveillance footage and other forms of data.

Tehran promised to retain that data and release it to the IAEA following restoration of the JCPOA. But in September, this arrangement faced a complication as the equipment in question reached a deadline for routine maintenance without which hard drives would have filled up and become incapable of recording new data. Two weeks after that deadline, it was reported that Grossi had struck another deal to allow for inspectors to perform the needed maintenance and replace hard drives, though the originals would still remain in Iran’s possession.

While this seemed to settle the issue, it also presumably left a two week gap in the IAEA’s permanent record of Iranian activities, while still leaving the agency indefinitely deprived of access to that record. Furthermore, it was soon revealed that Tehran was violating its own agreement at one key site by still refusing to grant inspectors access to the centrifuge manufacturing facility known as TESA Karaj.

In June, that facility incurred damage in what Iran alleged to be an act of sabotage. This allegation was never confirmed and it remains possible that the damage was instead the result of illicit activity involving upgrades to the centrifuges capable of enriching uranium into forms ever-closer to weapons grade. This alternative explanation is circumstantially buttressed by the fact that Iran had previously installed “cascades” of centrifuges several generations more advanced than the IR-1 devices that were permitted to operate under the terms of the JCPOA.

Whatever the underlying cause, the damage at TESA Karaj supposedly knocked one of its four cameras offline. In lieu of repairing or replacing it, Iranian authorities ultimately took down the other three, prompting renewed expressions of concern from the IAEA regarding the regime’s lack of transparency and refusal to cooperate. Tehran later came forward with an after-the-fact explanation regarding suspicions that one or more cameras had been hacked, but no evidence was provided to support this assertion, which Grossi dismissed as “absurd” in an interview with the Associated Press this week.

His latest agreement with Iran ostensibly resolves the lingering issue of maintenance at the Karaj facility, though its announcement was made before any concrete steps had been taken toward fulfilling its promise. Iranian authorities described reinstallation of the cameras as an “imminent” development, but they also downplayed its impact on the IAEA’s mission, emphasizing that the footage captured by the new cameras would still be kept off-limits to inspectors until after the US has resumed sanctions relief.

It is increasingly doubtful that this time will ever come. Negotiations for restoring the JCPOA resumed on November 29 in Vienna but quickly encountered obstacles after Iranian officials intensified their commitment to a negotiating position that offered nothing of substance in return for the demanded it made of the US. Tehran has long suggested that it would begin to scale back provocative nuclear activities only after sanctions relief was confirmed. This has naturally been dismissed as a non-starter by the JCPOA’s Western signatories – each of which also condemned the regime during the latest Vienna talks for advancing proposals that were inconsistent with the compromises already reached at six previous sessions.

US officials in particular have stated that they are actively preparing other options that may be adopted in the event that diplomacy fails, as it might do if Iran insists upon “playing for time.” The regime’s critics are sure to view the latest agreement between Iran and the IAEA as an example of this very phenomenon. Indeed, even assuming the reinstallation of surveillance cameras goes forward, the situation afterward will still feature, in Grossi’s words, a “blurred image” of the nuclear program, albeit marginally clearer than the image available the month before.

Grossi’s reference to the “illusion” of monitoring during his AP interview was seemingly undermined by his statement in the wake of the latest agreement. That statement spoke of resuming a “continuity of knowledge” regarding Iran’s nuclear activities, but no such continuity exists or is expected to exist following the deal’s implementation. Iranian authorities have boasted of this fact during the period of the IAEA’s downgraded mission, as when Mohammad Eslami, the head of the Atomic Energy Organization of Iran, responded to the agency’s latest quarterly report by saying it had drastically underestimated Iran’s stockpile of 20-percent enriched uranium.

According to Eslami, that stockpile was “more than” 120 kg in November – a figure that would very nearly be enough to yield enough weapons grade uranium for a nuclear bomb if enriched further, to 90 percent. What’s more, Iran’s installation of cascades of advanced centrifuges make it possible for this enrichment to proceed very rapidly, and there is every indication that the regime is still working to speed up the process even more.

If the damage to TESA Karaj was not the result of sabotage, then it was likely the result of Tehran attempting to continually upgrade its enrichment centrifuges and/or connect them in more elaborate configurations. And if that is the case, then even under the latest agreement with the IAEA, the international community will not know the details until the 2015 nuclear deal is restored or the regime is forced to adopt much greater transparency as a result of coordinated, multi-lateral pressure. 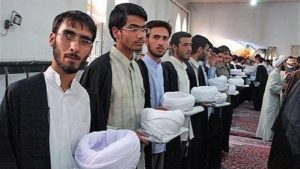 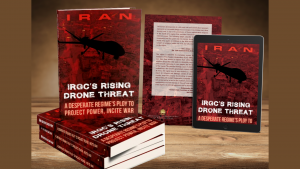 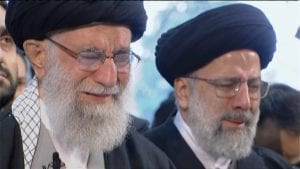