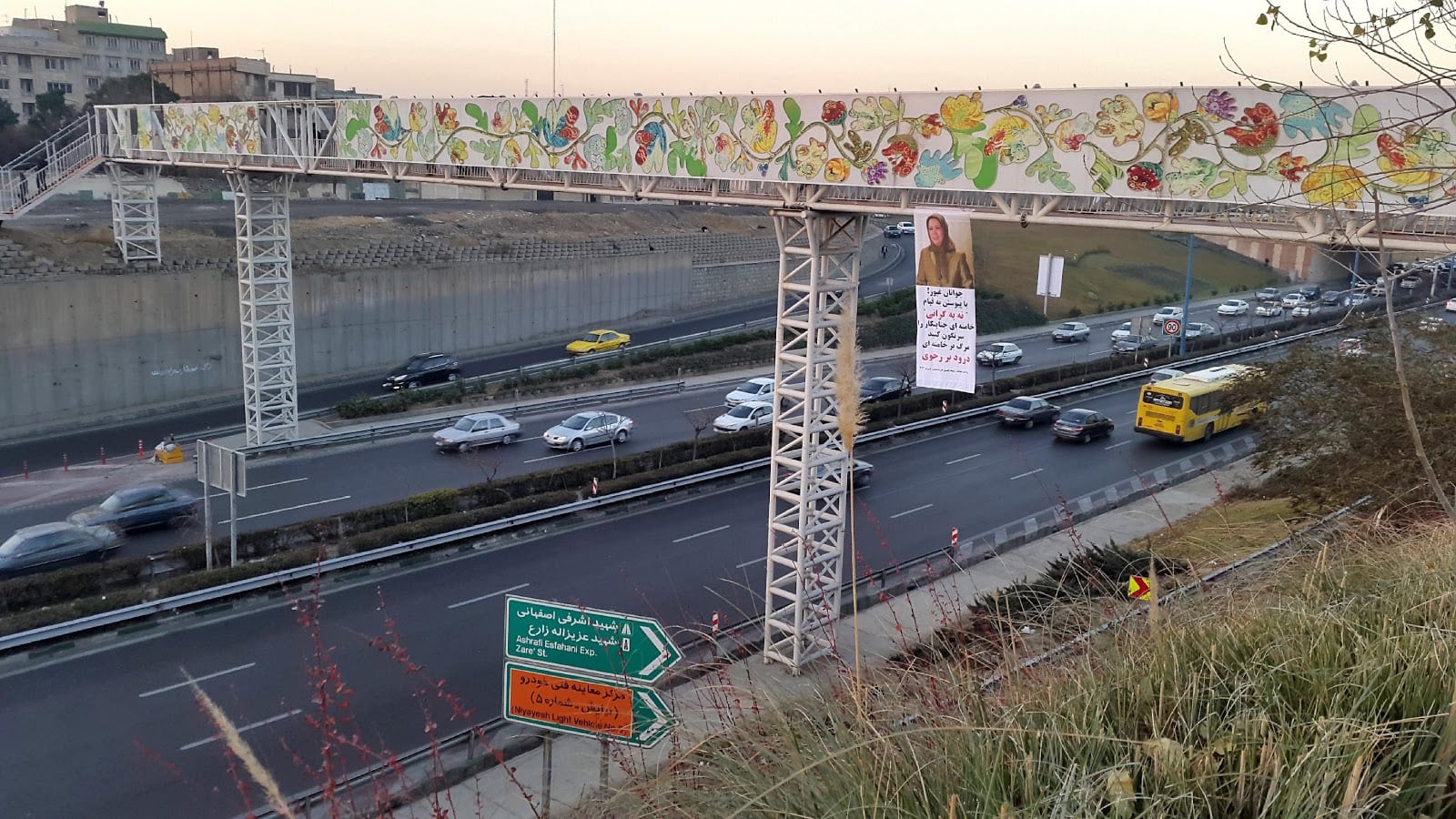 They are risking their lives to bring freedom to Iran, and vow to continue their protests.

“These uprisings have just begun. People are not at all willing to give up,” one activist told Fox News from the streets of Iran.

“Their patience has come to an end and they have nothing to lose. Iran will surely not fall down and people will not retreat from their demands.”

The defiance comes as President Trump announced Friday that he is waving sanctions against Iran under the controversial 2015 nuclear deal one last time, and gave the European allies four months to change the terms of the agreement or he may seek to scrap it.

The protesters we talked to demand even harsher sanctions.

“They should impose major sanctions on the regime,” one protester demanded. Another added there “should be sanctions for human rights violations.”

The protesters are members of the long-banned opposition group, the National Council of Resistance of Iran (NCRI, also known as the MEK). The group’s leader, Maryam Rajavi, has been directly blamed by the Iranian government for fomenting the unrest.

The group is calling for Iran’s oil exports to also be subject to sanctions, the ability of the Tehran regime to access the international banking system to be cut off, as well as other punitive measures.

The activists predict stronger methods will work, and are thanking the president and the American public for keeping up the pressure.

“We thank you President Trump. We call on all of the supporters of the people who press this regime from different fronts, to put pressure with you and overthrow with us,” the activist told Fox News in broken English.

He and others said they are grateful that the Trump administration is expressing support for the resistance that has been staging many of the protests. The demonstrations started Dec. 28, and the government claims that they have largely been quelled.

That is why the activists are looking to the United States for inspiration — and more help.

“Iranian people want to achieve a democratic and independent government, and play a role in it,” said one.

“In Iran taxis and buses and public places, you heard people talking that they are happy that the United States and President Trump is actually taking actions on the side of the Iranian people and as you know, the overthrow of this regime and establishment of a free country is in the interest of the entire world.

“This support should continue, and years of appeasement should end. People are very determined and do not retreat despite this severe crackdown.”

Fox News interviewed the protesters through a social media app that demonstrators have been using to evade the government crackdown on the internet.

The protesters we interviewed asked that their locations remain hidden, and their voices altered or not even used at all, out of fears that they could be identified by the government and arrested.

But they all expressed a common goal. They insisted the movement will not end until the hardline theocratic regime is finally ousted.

“To reach this goal they know the value of the support,” one activist told us.

The support from the White House has included President Trump’s harsh criticism of the regime and its treatment of the demonstrators.

On Jan. 3, Trump tweeted: “Such respect for the people of Iran as they try to take back their corrupt government. You will see great support from the United States at the appropriate time!”

Earlier this week a White House statement condemned the regime and its mass arrests of protesters. It also said “reports that the regime has tortured or killed some of these demonstrators while in detention are even more disturbing. We will not remain silent as the Iranian dictatorship represses the basic rights of its citizens and will hold Iran’s leaders accountable for any violations.”

One activist was so scared that he refused to talk, and instead texted this about the president’s views.

“He is correct and we approve of what he spoke. He should help the Iranian people. We need internet because the internet in Iran is banned. We ask President Trump to convince European Union to ban the Mullah. We want President Trump to widespread Iranian sound all over the world and show Mullah’s injustice to the people of the world.”

In announcing the waiver decision, the president appeared to do just that. The White House statement included several references to the regime’s treatment of the protesters:

“The Supreme Leader and his Islamic Revolutionary Guard Corps use mass arrests and torture to oppress and silence Iran’s people. … We are calling on all nations to lend similar support to the Iranian people, who are suffering under a regime that is stifling basic freedoms and denying its citizens the opportunity to build better lives for their families — an opportunity that is every human being’s God-given right. …

“President Obama failed to act as the Iranian people took to the streets in 2009. He turned a blind eye as Iran built and tested dangerous missiles and exported terror. … (The Iran deal) has served as a slush fund for weapons, terror and oppression, and to further line the pockets of corrupt regime leaders. The Iranian people know this, which is one reason why so many have taken to the streets to express their outrage.”

The president’s comments slamming the regime have been echoed by other top administration officials as well.

“Iran is the leading state sponsor of terrorism in the world,” Vice President Mike Pence told the Voice of America earlier this month. “To see the people of Iran rising up, to demand change in their country, should hearten every freedom loving American and people who cherish freedom around the world.”

U.S. Ambassador to the United Nations Nikki Haley told the U.N. Security Council last week, “They (the protesters) are acting of their own will, on their own behalf, for their own future. Nothing will stop Americans from standing in solidarity with them. In 2009, the world stood by passively while the hopes of the Iranian people were crushed by their government. In 2018, we will not be silent.”

The NCRI says there have been demonstrations in at least 132 cities and that upwards of 8,000 protesters have been arrested. One Iranian lawmaker was quoted as saying the number was closer to about 4,000.

One activist texted us that his motivation to overthrow the ruling regime, is simple.

“We have no life in Iran. Our life and death is equal. We have nothing to miss. We want freedom. Just poverty, unemployment and corruption is the result of the Mullah regime … young people are unemployed. Educated people escape to other countries. Our country has a brain drain problem. The regime does not concern the Iranian people and suppresses any protest and throws people in jail. We want Mr. (Trump) to help us in whatever way he knows.”

Another was also very clear.

“Nobody wants to go back, we want to go forward. People what a free republic, that is what people have been chanting. We know that we need to be at risk for a revolution. This is an inevitable revolution and we accept it.”

Ben Evansky contributed to this report.