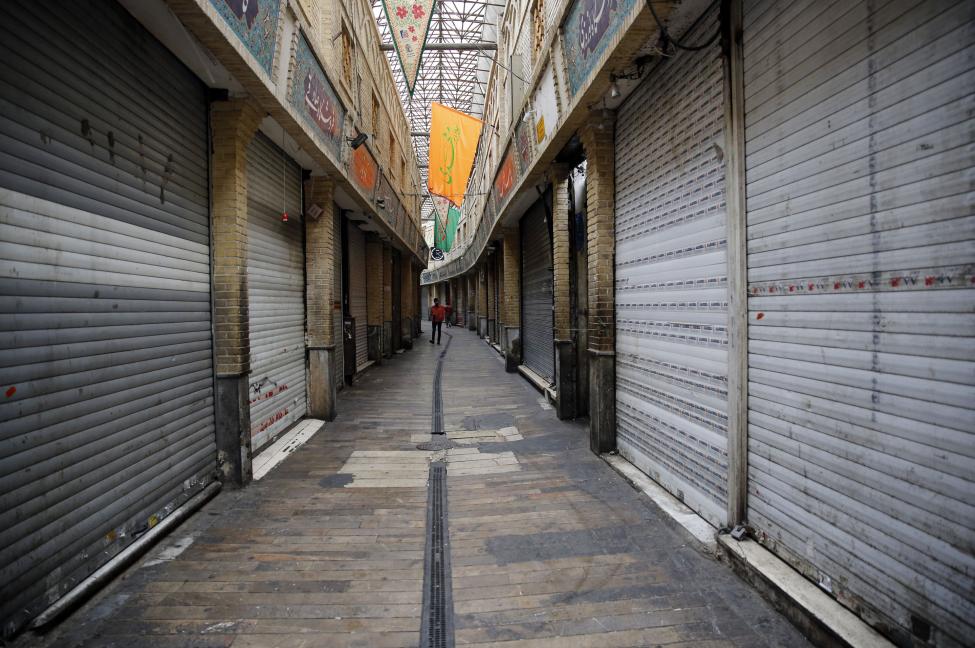 April 14 (UPI) — Grasping at straws like a dying beast, the Iranian regime is pleading with the world to persuade America to end its maximum pressure campaign and ditch sanctions, so that it can tackle the coronavirus crisis.

But this is a regime that has lied and lied over the extent of the epidemic, pretending that only 4,500 have died and only 73,000 have been infected, while we know from the vast network of the main opposition People’s Mojahedin Organization of Iran (PMOI/MEK) resistance units inside the country that the true figure is over 27,000 dead and more than half a million infected across 267 cities in all of Iran’s 31 provinces.

The mullahs plead for international aid on the one hand, while on the other, they idiotically boast that they have successfully controlled the disease. The supreme leader, Ayatollah Ali Khamenei, tells the world that COVID-19 was a biological terrorist attack against his country, masterminded by the Americans and Israelis, while President Hassan Rouhanipretends that the regime is on top of the disease and suggests people can safely return to work and schools can reopen. Even the state-run media in Iran have declared that the government’s plan to send people back to work will put many more Iranians at risk of catching and spreading the disease. But while the lies and deception continue, the people of Iran are dying.

Iran is a sick country, run by a corrupt regime, whose mismanagement and incompetent control of the coronavirus from the outset has been like a master class in how not to deal with an epidemic. The mullahs have asked for $5 billion aid from the International Monetary Fund to help fight the disease, while it is common knowledge that the clerical regime controls massive resources that it has systematically plundered from the Iranian people over the past 40 years. The Iranian economy is directly controlled by Khamenei and the Islamic Revolutionary Guards Corps, the regime’s Gestapo. The venally corrupt Khamenei is one of the richest men in the Middle East with assets totaling hundreds of billions of dollars.

IRGC thugs and senior regime officials continue to enjoy superior levels of healthcare in a network of exclusive private hospitals, closed to the general public. Much of the essential medical equipment, including ventilators, masks, gloves and protective clothing has been channeled to these elite hospitals, leaving the mainstream public sanatoriums with little or nothing. As a result, many hundreds of doctors, nurses and medical staff have died. The IRGC have also distributed masks and other critical medical supplies to their Shi’ia militia proxies in Iraq, selling most of what remained at huge, inflated prices on the black market.

With the COVID-19 virus rapidly spreading, the situation is dire and exacerbated by the greed and avarice of the authorities, who have responded to criticism by arresting hundreds accused of “rumor mongering.” In most cases the so-called rumor mongers are the ones telling the truth. Even before the COVID-19 crisis, Iran’s 80 million people were ill-served by a disastrously depleted health service. Iran ranks second in the global brain drain, with an estimated 150,000 to 180,000 educated professionals fleeing the country every year due to the calamitous economic and political situation.

These numbers, of course, include many thousands of doctors and it is now estimated that the per capita number of physicians is well below the global standard. Globally, there should be 5.3 doctors per 1,000 people. Qatar has 8.7 doctors per 1,000 people. In Iran, there are only 1.6. Iran ranks 18th of 24 countries in the Middle East, with even countries like Palestine and Syria, that are involved in a war, faring better. The acute shortage of physicians, especially specialists, has caused serious problems, particularly in remote towns and villages in Iran. But Iran’s Ministry of Health has done nothing to increase the numbers.

Seventy percent of Iranians are living on or below the poverty line. Tens of millions have no health insurance and while the regime insists that those suffering from COVID-19 will be treated free of charge, evidence from around the country has proved that this is a lie. Many families are being presented with large bills to cover the hospital charges for patients who have suffered or died from the virus. But rather than channel funds to help the population, Iran continues to finance Bashar al-Assad in Syria, the Houthi rebels in Yemen, Hezbollah in Lebanon and Hamas in Gaza, as well as the murderous Shi’ia militias in Iraq, who are mounting regular attacks on American and British soldiers.

As U.S. Secretary of State Mike Pompeo has said, Iran is the world’s No. 1 sponsor of terror and yet this is the same regime that is demanding an end to sanctions and international help. How do we know that every dollar sent will not be used to purchase a bullet?

The regime ruthlessly murdered over 1,500 of their own people, mostly young, unarmed protesters, during the nationwide uprising in November. This is a brutal, fascist dictatorship that will stop at nothing to cling to its theocratic perversion of power. Of course, we don’t want to deny help to the people of Iran. They have suffered enough under the dictatorship of the mullahs, who have no care for human life.

But could the regime be trusted to ensure any IMF aid was distributed fairly or would it end up in the pockets of the turbaned tyrants? If any aid is given, it must be linked to an end to human rights violations, the release of all political prisoners, particularly the many thousands of young people arrested during the November uprising and an end to the regime’s funding of terror.

In desperation, the regime has unleashed its international network of spies and well-paid lobbyists to plead poverty and demand an end to U.S. sanctions. They claim that the Iranian healthcare system is being deprived of equipment necessary to save lives and prevent wider infection, although American sanctions have never affected medicinal or humanitarian supplies.

For the arch-appeasers in Europe and some so-called left-wing media who slavishly kowtow to the ayatollahs, such messages always find a sympathetic reception. Now the European Leadership Network a pan-European/Russian consortium has sent a letter to the White House signed by two dozen former diplomats and security envoys, calling for sanctions on Iran to be eased. In their letter they accept that the mullahs have colossally mismanaged the epidemic, but appear to think that sending aid will somehow magically transfer money into the pockets of Iran’s 80 million population, rather than into guns, rockets, missiles and terror across the Middle East.

They are simply wrong-headed and misguided. This is an evil regime. They have shown themselves willing to murder, imprison and torture unarmed protesters. They have become the world’s No. 1 executioner on a per-capita basis. They have stolen the Iranian people’s wealth to finance war and terror abroad and to pursue an aggressive nuclear policy at home. They are a pariah state and the best cure for all of the ills affecting the Iranian people would be for this regime to fall and for democracy, freedom, justice, human rights, women’s rights, an end to corruption, an end to their nuclear and ballistic missile program, an end to the proxy wars and an end to international terror.