MENUMENU
Articles > ‘Iran Doubles Down on Terror, Turmoil’ Against the West

‘Iran Doubles Down on Terror, Turmoil’ Against the West 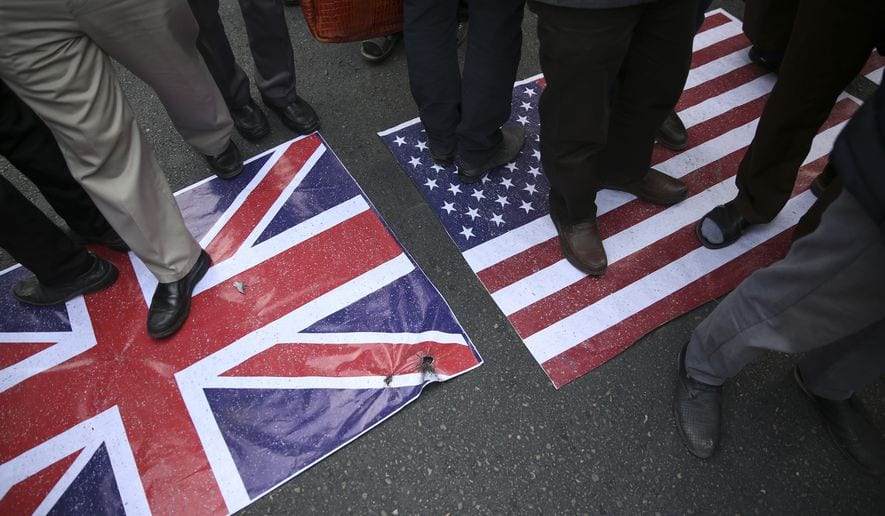 Iran’s state-sponsored terror attacks have only escalated during the Trump presidency as the corrupt, murderous regime reacts to real pressure being applied by the administration, as opposed to the Obama appeasement. In Iran, when threatened by the resistance, the regime simply murders its opponents, so it is natural for the mullahs to think it is fine to do the same thing internationally. After all, Barack Obama didn’t care right?

The National Council of Resistance of Iran highlighted this dangerous trend last Friday at an event in Washington, D.C., where they released their new book, “Iran Doubles Down on Terror, Turmoil.” The work is an extensive overview and analysis of the rising threat from Tehran from terror operations in the West.

The most recent incident was thwarted by Danish security services in September and involved assassinating Iranian opposition figures on Danish soil.

Many Americans are not aware of the extensive attempts at violence that have happened in the recent past in the United States and Europe. With Iran being front and center in the Trump administration’s foreign policy, this situation is unacceptable – Americans must become cognizant of the danger. As the Left, and the Iranian sympathizers in the West, push the narrative that Trump’s policy against the regime is wrong, and provocative, the realization among Americans of the threat posed by Iran is something than needs to happen quickly.

Iran is the most significant existential threat currently facing America as we attempt to right the ship from the appeasement and betrayal of the Obama years.

A forceful opposition to this threat, along with simply realizing the danger, is urgently required.

The Washington-based political arm of the PMOI/MEK laid out the regime’s goals in executing these terror plots. They include delivering a blow to the engine for change in Iran, primarily the opposition, and boosting the moral of suppressive forces, mainly the Iranian Revolutionary Guard Corp (IRCG).

The NCRI laid out several steps that need to be taken by the West during the event last Friday in D.C. These include: prosecuting all Iranian agents in Europe and the United States; expelling all Iranian terrorist agents from both sides of the Atlantic; shutting down Iranian regime embassies in the West; and sanctioning all entities involved in planning, training, facilitating and funding terrorism.

The NCRI declared that Iranian terrorism will not stop and continues out of utter desperation. A unified, international response is needed.