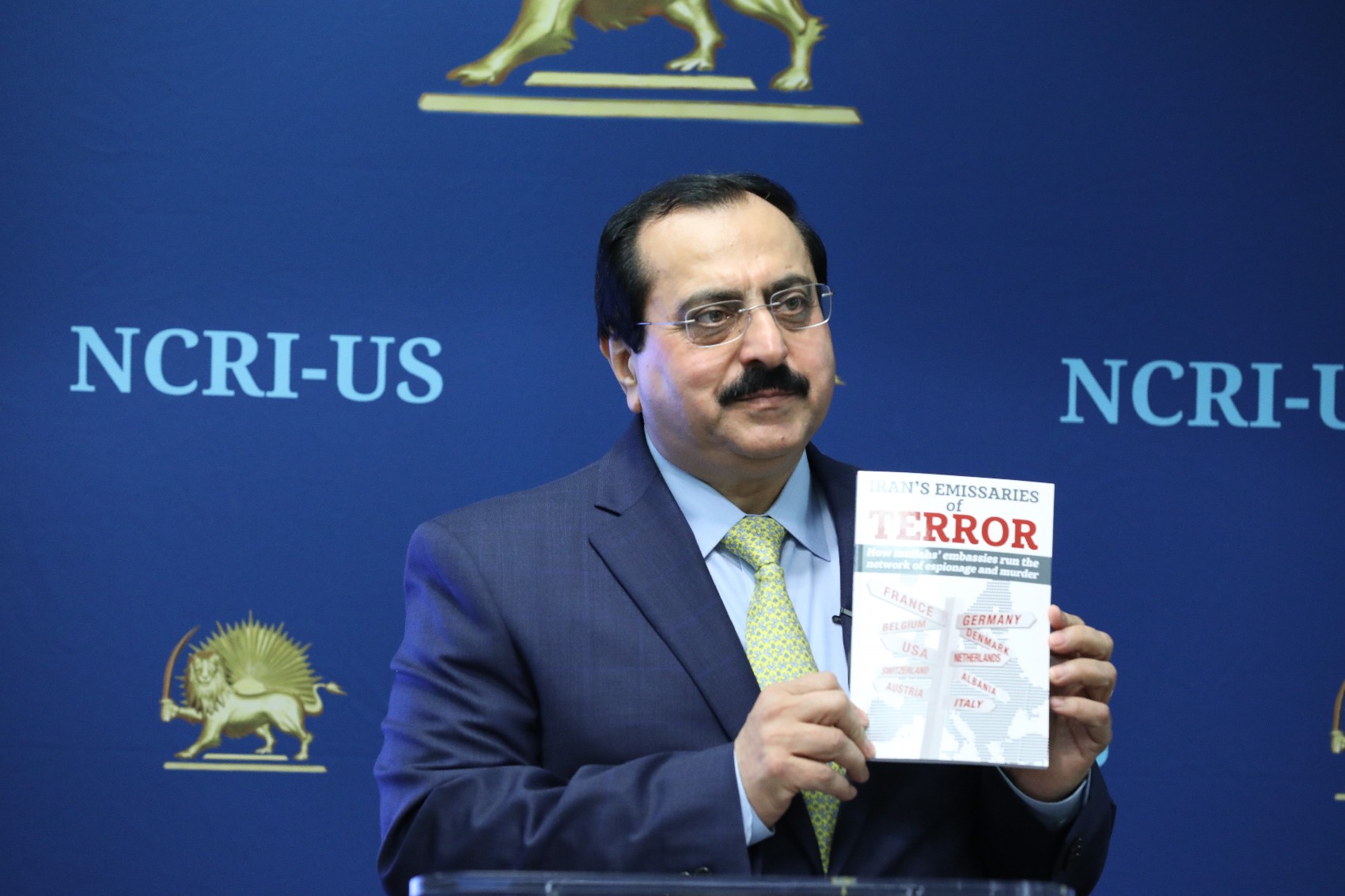 A top Iran resistance group is calling on European nations to shut down Tehran’s embassies in response to the regime’s alleged use of embassies to plot terror attacks against its political opponents across the continent — as the Trump administration ramps up sanctions against the Islamic republic led by President Hassan Rouhani.

“What we are calling for is closing the Iranian regime’s embassies,” National Council of Resistance of Iran Deputy Director Alireza Jafarzadeh told reporters at a news conference in Washington, D.C. this week. “These diplomatic relations have allowed the regime to plot terrorist attacks and assassinations in the West.”

The news conference was held to discuss the release of the group’s new book “Iran’s Emissaries of Terror,” which seeks to highlight Tehran’s use of embassies in plotting terror attacks against political opponents in the U.S. and Europe.

Iranian-backed plots have surged in recent years, particularly in 2018, when the NCRI logged 10 instances of terror plots or terror-related arrests against Iranian officials. The most significant was the foiled plot to bomb an annual gathering of Iranian dissident groups (under the umbrella of the NCRI) in Paris last year — an event that was attended by Trump lawyer Rudy Giuliani. An Iranian diplomat based in Vienna was one of four arrested for the plot.

German prosecutors allege that Assadollah Assadi was a member of Iran’s intelligence agency (MOIS) tasked with targeting dissident groups inside and outside of Iran. He was charged with activity as a foreign agent and conspiracy to commit murder. The NCRI says that MOIS is a central organization in Tehran’s terror operations abroad and called Wednesday for the West to brand the group a foreign terrorist organization (FTO).

Meanwhile, Dutch authorities expelled two Iranian diplomats last July in connection with the murder of two Iranian dissidents in the country. In November, Denmark’s intelligence agency foiled an Iranian plot to kill an opposition activist, arresting a Norwegian of Iranian descent. The suspect, and the Iranian Foreign Ministry, denied involvement. The plots eventually led the European Union to impose sanctions on MOIS in January.

Dissidents told Fox News last year that there has also been considerable concern about the regime’s presence in Albania, where the Iranian embassy is alleged to be staffing up and has sent top intelligence operatives. Albania is significant because 2,000 Iranian dissidents belonging to People’s Mujahedin of Iran (MEK) were relocated from Iraq in 2016.

Former Albanian Prime Minister Pandeli Majko revealed to Fox News at the time that he has been told by U.S. officials he needs to increase his security after intelligence of a threat against him. A senior U.S. counterterrorism official told Fox News that Albanian authorities arrested two Iranian operatives on terror charges last year.

The NCRI also has pointed to arrests and alleged plots in Britain, Germany, Turkey and the U.S. — where two Iranians were arrested by the FBI in August on suspicion of gathering intelligence for MOIS — as signs of Iran’s increased terror movements in the West.

The increased presence by Iran in Europe has been noticed in Washington and has posed difficulties for European countries seeking to rally support for the 2015 Iranian nuclear deal after the U.S. withdrew from the deal last year.

The Trump administration has repeatedly pointed to that terror threat as it has ramped up pressure on Iran, escalating sanctions and last month branding Iran’s Revolutionary Guard an FTO. Last month, Secretary of State Mike Pompeo described a “concerted assassination effort” in Europe by the Iranians.

“This is an effort by the leaders of the Islamic Republic of Iran – the president, Rouhani, who’s the president of Iran, is permitting to take place, where they’re going to Europe and killing people on European soil. This is unacceptable in Western Europe,” he said.

But the NCRI says that while Iran’s terror movement has set off alarms bells in the U.S. and Europe, the response from European countries in particular has been “tepid.”

“Although several agents were arrested on terrorism and espionage-related charges in the U.S. and Europe in 2018, one top terrorist-diplomat is in prison, and five others, including an ambassador, were expelled, a multilateral Western approach to Tehran’s rogue behavior remains elusive,” the group says in its book.

Among its recommendations, the NCRI’s call for the State Department to designate MOIS an FTO and its calls for Europe to shut down Iran’s embassies are the most significant.

“Tehran’s terrorist diplomats should be brought to justice or expelled, and its embassies shut down. They have been and remain the nerve centers of espionage and terrorism and critical to Tehran’s terrorist operations abroad,” the book says.

The NCRI’s message comes less than a month since President Trump branded the IRGC an FTO and Pompeo announced that the U.S. will no longer grant sanctions waivers to any country importing oil from Iran.

“We are going to zero,” he said at a press conference. “How long we remain there at zero depends solely on the Islamic Republic of Iran’s senior leaders.”

“[The policy] is to put maximum pressure on the regime to change its behavior, and I think it’s working, and I think that’s what they’re worried about.”