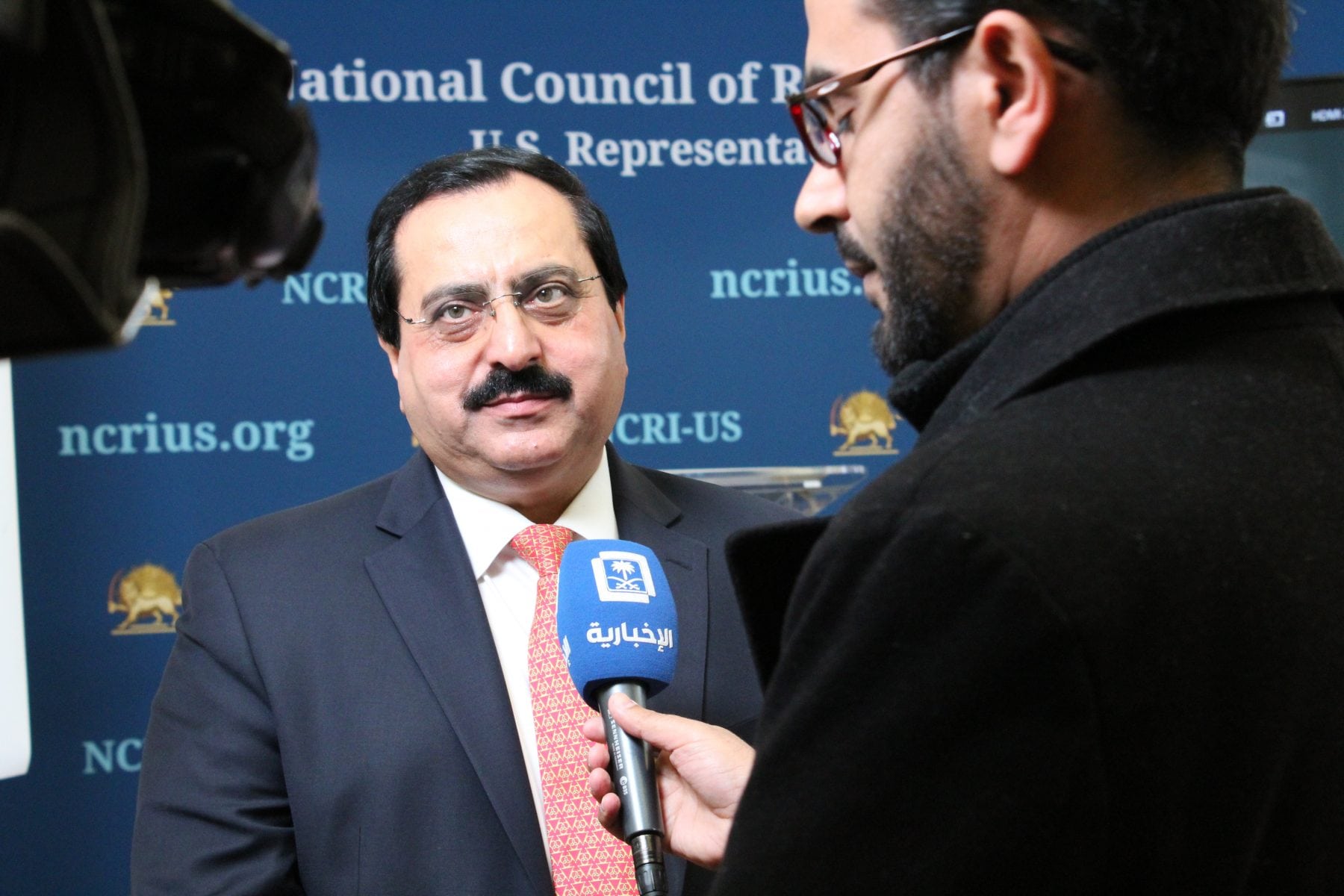 Alireza Jafarzadeh, the deputy director of the NCRI office in the US, ‎exclusively spoke to Orient News after holding a press conference in ‎Washington office of NCRI on Tuesday (February 14).‎

‎This conference came following information ‎gathered and documented by the social network of the ‎People’s Mojahedin Organization of Iran (PMOI/MEK) inside ‎Iran.

The revelations are made public by the NCRI’s US Representative Office.‎

According to detailed reports from inside the clerical regime, ‎the Islamic Revolutionary Guard Corps (IRGC) has created a ‎large directorate in its extraterritorial arm, the Quds Force, in ‎order to expand its training of foreign mercenaries as part of ‎the regime’s strategy to step up its meddling abroad, ‎including in Syria, Iraq, Yemen, Bahrain, Afghanistan and ‎elsewhere.‎