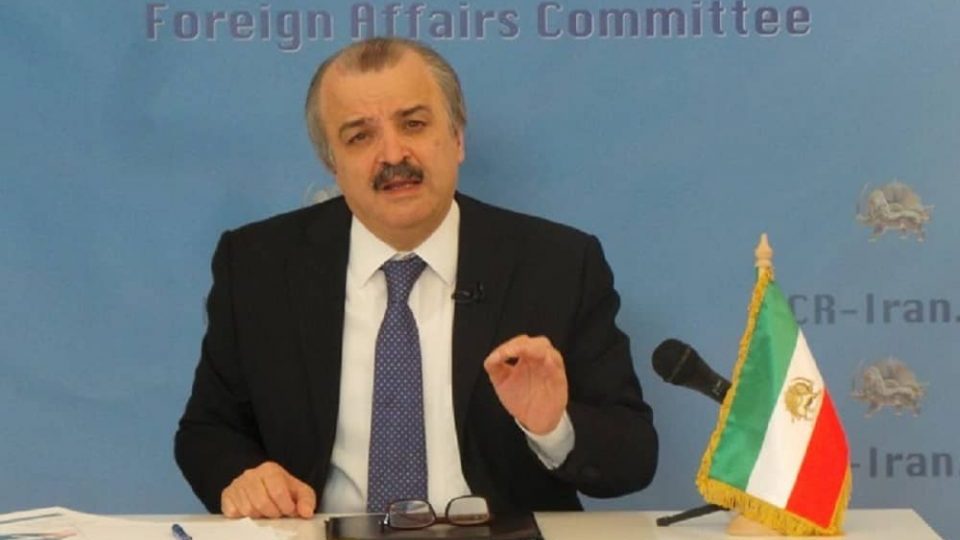 By The Editorial Board, Originally published in NCR-Iran.org, 3rd November 2021

Nuclear negotiations, the nuclear deal, and relations between European countries on the one hand and the clerical regime on the other hand have all had significant ebbs and flows over the past year. With a new Administration in the U.S., there was a sense of optimism within the regime that all sanctions against it would soon be lifted. At the same time, the regime made demands that even its perceived allies considered outrageous. For example, the regime demanded that all sanctions should be lifted immediately.

When Ebrahim Raisi became president, the regime left the talks. However, under escalating international pressures, it has stated its willingness to rejoin the Vienna talks in late November.

Now the question is, why is the regime resorting to such maneuvers, and what are its objectives?

Mr. Mohaddessin: In a word, through these maneuvers, the regime intends to buy time for the development of nuclear weapons.

To an outside observer, these actions may seem sophisticated. But it would serve us well to scrutinize the regime’s current circumstances because all decisions vis-à-vis both domestic and foreign policies are directly tied to the situation in which it finds itself.
We can start by asking why the mullahs’ Supreme Leader Ali Khamenei decided to close ranks and install Raisi as the president, someone who is internationally known as a criminal and has been placed under sanctions.

The regime is at a strategic impasse. The 2017 and 2019 social uprisings pushed the regime to the brink. That is why Khamenei was forced to close off divisions within the regime, thinking that closing ranks would both help him intensify suppression to prevent further social unrest and also pave the way for the development of a nuclear weapon. Obtaining the bomb is an instrument to advance its regional meddling, terrorism, and warmongering. It was in this context that since 2019 Khamenei has sought to consolidate power and bring to power what he described as a “Hezbollahi government.”

Question: What are the message of the regime’s consolidation of power and Raisi’s installment both domestically as well as internationally?

Mr. Mohaddessin: In the eyes of Khamenei, the Iranian people pose the greatest threat to the regime. So, the selection of Raisi, who is the murderer of supporters of the main opposition Mujahedin-e Khalq (MEK) in 1988, as well as protesters in November 2019, is a declaration of war against the Iranian people. On the one hand, he wants to respond to any uprisings with an iron fist, and on the other hand, close ranks when it comes to foreign policy in order to be able to attain an atomic bomb unimpeded and as quickly as possible.

The regime views the bomb as the guarantee for its survival. So, Raisi has two key mandates: Suppression of uprisings inside Iran and accelerating attempts to obtain a nuclear weapon.
Raisi is known internationally as a criminal. But his installment as president and the contraction of the regime’s ranks was deliberate and calculated. Khamenei has no choice, set the stage for this outcome during the two prior years.

Question: So, somewhat related to our first question, how can the regime’s nuclear policy be articulated? And, what options does the international community have to prevent Tehran from obtaining the bomb?

Mr. Mohaddessin: If you look at the developments of the past 30 years, you will see that the regime has, at every single step, resorted to deception and clandestine activities in order to get its hands on the bomb. We shouldn’t forget that over the past 30 years, the regime did not voluntarily declare any of its nuclear sites or clandestine activities unless they were first exposed by the Iranian Resistance or other sources.

It is no different today. The regime is continuing on the same path of deception and has not ceased its bomb-making enterprise for a second. Unfortunately, Western countries have always given concessions to the regime, providing the regime the sufficient resources – financial or otherwise – to pursue its agenda.
As we speak, Khamenei has not abandoned his plans to obtain the bomb, and he will never do so.

Any agreement or promise on the part of the regime about reducing its nuclear activities would be a barefaced lie. A very significant example of the regime’s lack of transparency is when the International Atomic Energy Agency (IAEA) found uranium particles in at least three nuclear sites which the regime had never declared to the IAEA previously. And it also gave permission to visit the sites only after it had an opportunity to destroy and cleanse the impacted areas.

Another example is statements made by the former head of the regime’s Atomic Energy Organization, Ali Akbar Salehi on January 22, 2019. He essentially confessed that as a result of the regime’s claims in the context of the Joint Comprehensive Plan of Action (JCPOA), Tehran literally used Photoshop to lie about filling the heart of Arak’s heavy water reactor with cement.

Today, the regime is buying time, and as a result of inaction by the P5+1, it is continuing to violate its JCPOA commitments in order to accelerate its bomb-making project. These measures include the launch of a new chain of IR-6 centrifuges and enriching uranium at up to 20% purity. Recently, the new head of the Atomic Energy Organization, Mohammad Eslami, said the regime now has over 120kg of enriched uranium at 20% purity. It has also begun the production of uranium metal. These are all steps for the development of a nuclear weapon. So, clearly, owing to strategic reasons, the regime is pursuing its bomb-making project and the passive policies and appeasement of the West have only enabled the acceleration of the mullahs’ nuclear program.

As the President-elect of the National Council of Resistance of Iran (NCRI), Mrs.Maryam Rajavi, underscored the day after the signing of the JCPOA, the only option for preventing the clerical regime from obtaining a nuclear weapon is to re-impose the six UN Security Council resolutions and adopt a firm and decisive policy against the regime.

Free Iran 2021 Summit: A Bi-partisan Call For a Firm Policy Toward Mullahs’ Regime
Comment
An Idea That Connects Hearts in Iran and Beyond