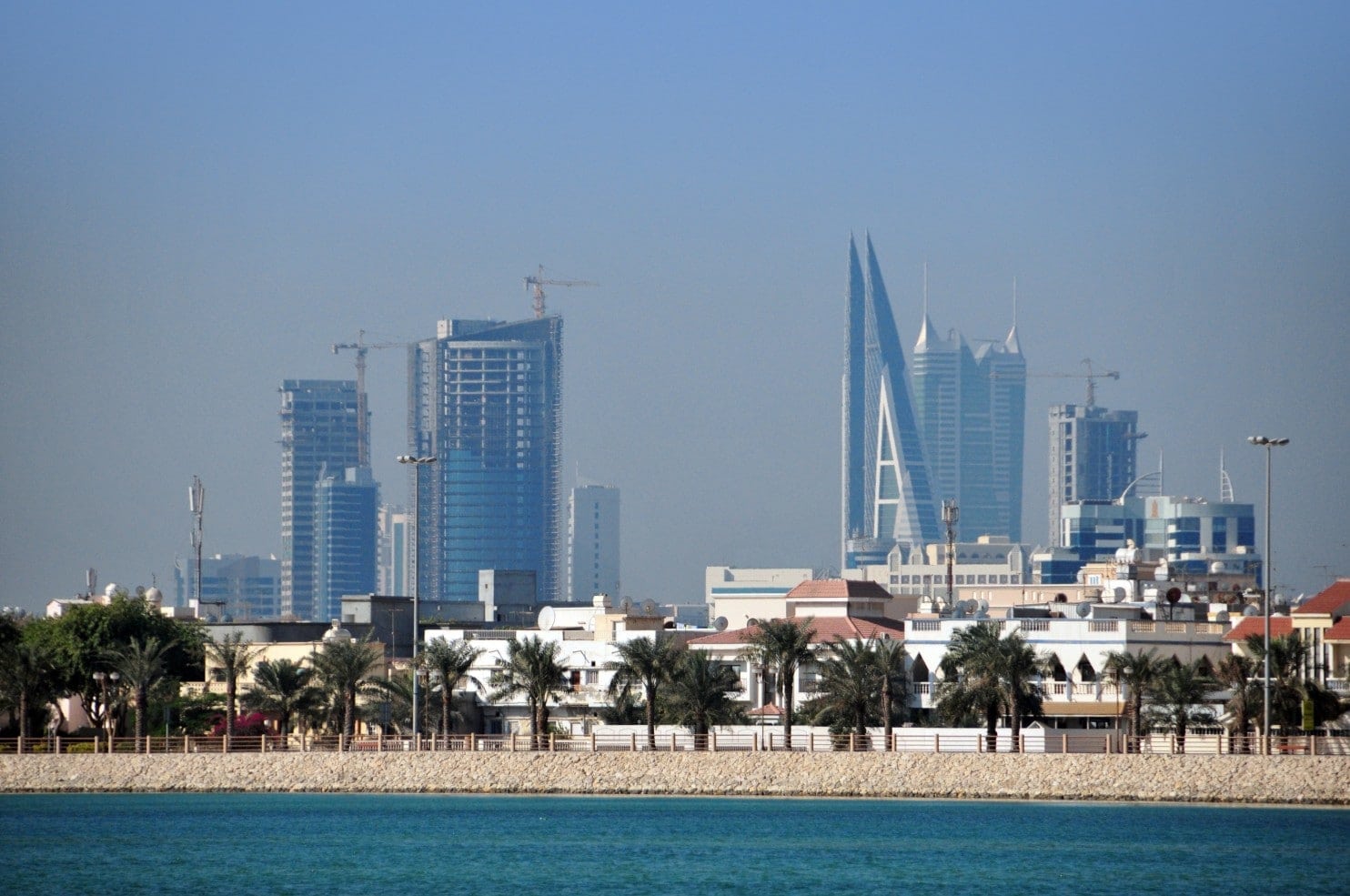 MANAMA, Bahrain — Investigators have uncovered evidence of a multibillion-dollar corruption scheme by a Persian Gulf bank that secretly helped Iran evade sanctions for more than a decade, according to documents filed in a legal dispute.

The bank allegedly concealed least $7 billion worth of transactions between 2004 and 2015, a time when many Iranian banks were barred by sanctions from accessing international financial markets, the records show.

Auditors also discovered hundreds of bank accounts tied to individuals convicted of crimes including money laundering and terrorism financing, as well as phantom loans provided to companies that operate as fronts for Iran’s Islamic Revolutionary Guard Corps, according to confidential court filings obtained by The Washington Post.

Bahraini officials likened the bank to a financial “Trojan horse” operating inside the tiny Persian Gulf country, allowing Iran to buy and sell billions of dollars’ worth of goods in defiance of international sanctions intended to punish Tehran over its nuclear program and support for terrorist groups.

Bahrain, in the papers submitted in February before an international arbitration court in the Netherlands, accused Future Bank officials of a “vast range of illicit conduct” with numerous foreign partners, adding that the activities uncovered so far are likely only the “tip of the iceberg,” because many transactions appear to have been cleverly concealed.

“Bahrain has never faced violations of this magnitude,” the kingdom asserted in a written summation to the Permanent Court of Arbitration in The Hague. “The ramifications rising from Future Bank’s systemic malfeasance cannot be overestimated.”

Neither Future Bank nor Iran’s mission at the United Nations responded to written requests for comment.

Future Bank, established in 2004 as a joint venture between Bahrain’s Ahli United Bank and Iran’s Bank Melli and Bank Saderat, had previously been accused of helping Iran skirt trade restrictions, allegations that led U.S. and European officials to blacklist the bank and ban it from using the international electronic payment messaging system known as SWIFT. Ahli Bank placed its shares of Future Bank’s stock in a blind trust in 2008.

The new accusations stem from an intensive investigation that began after Bahraini regulators formally closed the bank in 2015. The closure prompted Future Bank’s two Iranian shareholders to file a complaint in The Hague accusing Bahrain of improperly shutting down the bank and demanding the return of frozen assets.

In response, Bahrain submitted hundreds of pages of audit findings that paint a portrait of a financial institution that operated mainly with “the aim of concealment,” the documents state, giving Iranian companies secret access to the foreign markets and the international monetary system.

The audit “revealed crimes and violations of Bahraini and international law of massive proportions,” Bahraini Foreign Minister Khalid bin Ahmed al-Khalifa said in a written statement to The Post. He said that criminal proceedings were underway in Bahrain and that the results of the investigation were being shared with other capitals, because they will “also be of concern to the international community.”

Among the practices cited in the report was a systematic use of “wire-stripping,” the deliberate removal or changing of identifying information when transferring money between banks. Auditors discovered more than 4,500 instances of wire-stripping by bank officials to conceal Iran’s role as the sender or recipient of funds.

The amount of money known to have changed hands in those transactions totals $4.7 billion, but the true sum is likely to be far greater, Bahraini officials say. Some transactions appear to have been subjected to multiple instances of wire-stripping at different banks, one Bahraini official said, “like layers of an onion, with the originator deeply concealed.”

In hundreds of cases, bank transfers were accompanied by specific instructions to avoid references to Iran or Iranian banking codes.

“Do not mentioned [sic] our bank name, BIC code ref. no., in any message routed through U.S.A. and do not route through New York,” Future Bank officials were instructed in one such message from Iran’s Bank Melli.

Other banks, including some in the West, have famously engaged in wire-stripping to conceal payments to countries under international sanctions. In 2010, the Obama administration slapped a $298 million fine on the British banking giant Barclays for using wire-stripping to hide $500 million worth of financial transactions with Iran.

In addition to the amount accounted for by wire-stripping, the Bahraini bank concealed $2.7 billion in Iranian transactions using an informal alternative to the SWIFT system that is difficult to trace, documents show. The audit also identified thousands of transactions that directly violated international sanctions against Iran, and more than 10,000 infractions of Bahraini banking and money-laundering laws, government officials allege. Among the violations cited were 260 instances in which the bank opened accounts for individuals convicted of financial crimes such as money laundering and supporting terrorist causes.

According to former U.S. officials familiar with the case, the findings are troubling because they suggest ongoing deceptive behavior by banking officials at a time when Future Bank was under intense scrutiny by U.S. and Bahraini government agencies.

“If you’re engaging in wire-stripping you’re hiding the nature of transactions from regulators, and possibly even from the bank itself,” said Matthew Levitt, a former Treasury Department counterterrorism official and director of the Stein Program on Counterterrorism and Intelligence at the Washington Institute for Near East Policy. “It becomes difficult to know what funds might be going to support activities such as terrorism, or Iran’s nuclear or military establishment.”

Future Bank’s founding as an Iranian-Bahraini venture in 2004 occurred when Bahraini leaders were seeking to mend strained relations between the tiny gulf kingdom and Iran, its vastly larger neighbor to the north. Bahrain’s majority-Shiite population has close cultural and religious ties to Iran, but the kingdom’s Sunni ruling family has closely aligned itself with the Saudi-based Gulf Cooperation Council.

The two Iranian shareholders, Bank Melli and Bank Saderat, have been accused by U.S. officials of helping finance Iran’s nuclear program and what they say is its international terrorism network.

Since 2011, the Bahraini government has struggled to contain a Shiite resistance movement that includes peaceful dissenters as well as violent extremists armed with weapons that independent investigators have traced to Iran. Bahrain has repeatedly accused Iran of fomenting violence against the country’s monarchy, but its actions to stifle opposition groups have led to international criticism over alleged human rights violations.

One of the more controversial allegations in the Future Bank case involves a Shiite cleric with close ties to opposition movements. Bahraini officials criticized Future Bank for allowing the cleric, Isa Qassim, to make cash deposits totaling millions of dollars over several years, and directing some of the money to a charity that Bahraini officials have linked to terrorism. U.S. investigators say much of Qassim’s cash appears to consist of tithes and alms collected from worshipers under a Shiite tradition known as khums.

“This is a politically sensitive area, and it is difficult to find hard proof of terrorist financing,” said one former U.S. official familiar with the investigation. “We share the concern over the fact that it involves millions of dollars, being moved around in a way that is not at all transparent.”