MENUMENU
Articles > After Nuclear Deal, the West Should Focus on Real Change

After Nuclear Deal, the West Should Focus on Real Change 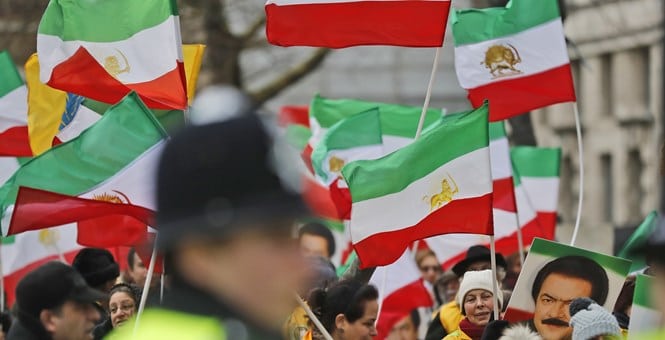 On May 8th, US President Donald Trump announced an American withdrawal from the 2015 Iran nuclear deal. Up until the last moment, European officials were urging the administration to change course. Now, the discussion needs to widen its focus.

The Joint Comprehensive Plan of Action) JCPOA) appeared to many policymakers as key to resolving the crucial issues of the region. But the reality is that changing conditions within Iran and among its expatriate community point to other opportunities to resolve more than just the nuclear problem. The leading opposition coalition, the National Council of Resistance of Iran (NCRI), has consistently insisted that neutralizing the threat of the Iranian nuclear program would require the change of the Iranian regime by the Iranian people. In the words of NCRI president-elect Maryam Rajavi, regime change in Iran is “a requisite for regional peace, democracy, security, and stability.”

Regardless of the future of the JCPOA, the Iranian regime’s threat requires a more comprehensive approach. The wave of protests that swept Iran in December-January and continues today has forced Western policy circles to re-think the likelihood of another way forward.

The NCRI’s main constituent group, the People’s Mojahedin Organization of Iran (PMOI/MEK) is widely credited with the on-the-ground organization of the continuing protests, a key element in their potential to bring about real change. That possibility so rattled the regime that as the intensity of the uprising became apparent, Iranian regime President Hassan Rouhani telephoned his French counterpart to urge him to crack down on the NCRI.

The following week, Supreme Leader Ali Khamenei broke with the regime’s longstanding policy of denying the strength of the opposition and promoting an image of the Islamic Republic as a stable regime with an inevitable future, when he delivered a speech in which he credited the MEK with planning the protests for months.

Iran’s uprising undeniably showcased unprecedented public expressions of desire for regime change. Countless protesters risked the death penalty by chanting slogans like “death to the dictator,” in reference to the Supreme Leader. Equally telling, the demonstrations have continued although the nationwide uprising was violently repressed.

Since 2015, the obsessive focus on the nuclear negotiations has deflected international attention from dissent and human rights issues. In and of itself, that is reason enough to regard the American withdrawal from the JCPOA as an opportunity to shift attention to other matters of Iran policy. Hundreds of protesters are at risk of lengthy prison sentences or even execution at this very moment. The democratic nations of the world have an obligation to safeguard their lives right now, regardless of the status of the nuclear deal.

In a video-message to the May 5 Iran Freedom Convention for Human Rights and Democracy in Washington, Mrs. Rajavi said the Iranian people “are calling on the international community, in particular the West, to support their uprising for the overthrow of the Iranian regime.”

The prospects for future Iran will be further explored on June 30 at the major rally of the Iranian opposition near Paris, which annually attracts a crowd of over 100,000, including hundreds of supporters from political, academic, and security circles of the U.S. and Europe, the Middle East, and much of the world. The international community would be well-advised to shift its focus toward the June 30 event, in the interest of exploring what more can be accomplished.

The 2015 nuclear agreement was underwritten by the assumption that the world would have no choice but to deal with the clerical regime for years or perhaps even decades to come. It is increasingly clear, however, that this assumption was flawed.

It should be clear by now that Iranian regime’s pursuit of nuclear weapons will only be definitively resolved once that regime is no longer in power. Given the growth of the democratic opposition movement, the continued protests, and the very shaky foundation of the regime, it is wise for the Western world to stand on the side of the Iranian people as they are standing for their freedom. A free, democratic, non-belligerent, and non-nuclear Iran is key to peace and stability in the region; anything else would maintain chaos and instability in the region.