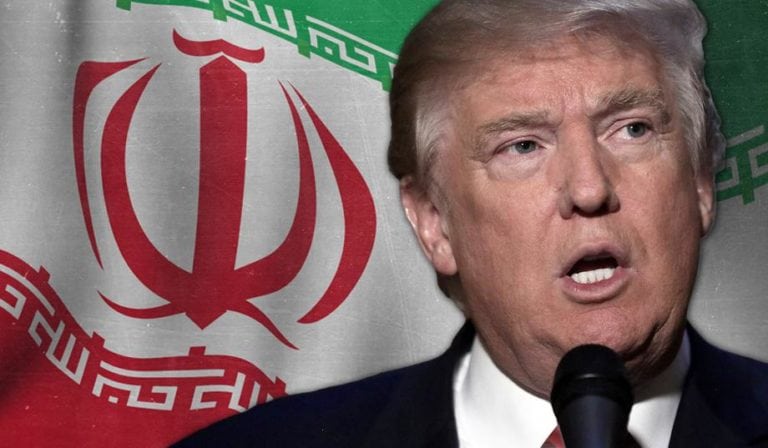 Barely a week after President Donald Trump was sworn in as U.S. president, Iran commenced another round of ballistic missiles to test his tough campaign rhetoric. The most recent launch took place even after the administration officially put the regime “on notice.” In doing so, the Islamic Revolutionary Guard Corps (IRGC) continues to lead the charge in defying international will.

Under United Nations Security Council resolution 2231, which coincided with the Iran nuclear deal, the Iranian regime is called upon to refrain from work on such weapons. Accordingly, Iran is barred from launching ballistic missiles capable of carrying nuclear material.

The missile launches were preceded by half a dozen others that also took place after the conclusion of nuclear negotiations. The regime faced little to no consequence for those provocative acts, but the latest launch was the first one to be carried out on President Trump’s watch.

As should have been expected from Trump’s statements on the campaign trail, the Iranian regime can expect a far less deferent response from the current administration. Some commentators also speculated that the IRGC carried out the test so early in the new presidency to gauge how the administration would respond to subsequent acts of defiance.

The answer was made abundantly clear when recently-resigned National Security Advisor Michael Flynn issued a statement condemning the missile test as being not only in defiance of UNSC resolution 2231, but also part of a long string of confrontational and destabilizing behaviors, including forced close encounters between US Navy ships and IRGC vessels, as well as the targeting of the U.S. and its allies by IRGC proxy groups elsewhere in the region, chiefly the Yemeni Houthi rebels. This statement was backed by Sean Spicer and Donald Trump, and continues to stand following his resignation late Monday.

The statement was equally straightforward in its criticism of the previous administration, noting that it had “failed to respond adequately to Tehran’s malign actions—including weapons transfers, support for terrorism, and other violations of international norms.” Similarly, on Capitol Hill, House Speaker Paul Ryan said Washington should stop “appeasing” Iran. The message is clear that this permissiveness is at an end. This clear statement from Washington was promptly followed by a new round of sanctions issued from the White House.

These responses—both in rhetoric and action—seems to answer significant questions about whether President Trump would stay true to the tough talk that had become a familiar feature of his campaign. But other questions certainly remain, particularly those having to do with exactly what steps the administration will now take to transform tough talk into firm policy.

The natural first step is to impose additional new and relevant sanctions, as well as tightening those that already exist. The push to include additional regime entities on the list of sanctions is a good start.

It has been noted that in opening up Iran to international investment, the Iran deal also opened the door to indirect financing of the IRGC, the organization that is the main driving force behind the missile tests, the provocations in the Persian Gulf, and a wide variety of Iran’s worst behaviors at home and abroad. The worsening of these activities helps to underscore the fact that it is long past time to restrain the influence and activities of the IRGC.

Currently, Western businesses are free to invest in Iranian firms in which the IRGC is only a minority stakeholder, or in which its interests are concealed behind front companies or proxies in the Iranian business world. It is, therefore, essential for the administration to isolate the IRGC completely from Western funds and business dealings by designating it as a Foreign Terrorist Organization (FTO).

What the Trump administration cannot do is repeat the mistakes of its predecessor. These include not only the laxity that was referenced in former National Security Advisor Michael Flynn’s statement, but also a tendency to look toward certain factions of the Iranian government as a source of hope for internal moderation. The experience of the past several years has proven the folly of this approach. The IRGC has only grown more deeply integrated into the Iranian system, having gotten more financing and no serious challenge from so-called moderate President Hassan Rouhani. In fact, the armed forces budget has increased dramatically.

In addition to sanctions and the terrorist designation of the IRGC, the Trump administration also has an extraordinary opportunity to stop Western appeasement of the extremist regime and start engaging the freedom-loving people of Iran. The regime has already been isolated inside Iran and is only surviving through gross human rights violations and executions. It is time for America to support democratic Iranian opposition movements as the strongest strategic deterrent to the regime’s destabilizing behavior.