MENUMENU
Articles > Sorry Mr. President, But Your Nuclear Deal Has Not Changed Iran

Sorry Mr. President, But Your Nuclear Deal Has Not Changed Iran 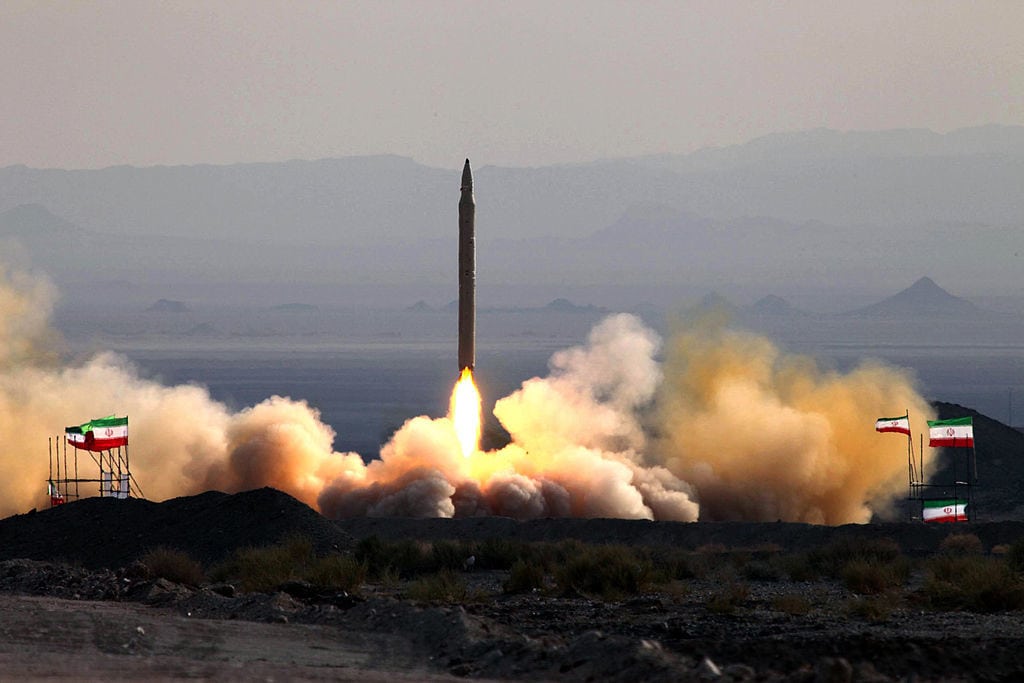 Since the conclusion of nuclear talks between Iran and six world powers last summer, the Iranian regime has carried out at least five provocative ballistic missile tests in defiance of UN Security Council resolutions.

Each test has been followed by boastful comments from top officials, including Supreme Leader Ali Khamenei, the ultimate authority in all matters of Iran’s foreign and domestic policy. In a recent speech, Khamenei declared, “Those who say the future is in negotiations, not missiles, are either ignorant or traitors.”

And apparently, they are getting better at it. Gen. Ali Abdollahi, deputy chief of the armed forces’ headquarters, said the latest missile tested was very accurate, within 8 meters. “Eight meters means nothing, it means it’s without any error,” he said.

In April, the commander of the regime’s Islamic Revolutionary Guard Corps (IRGC) warned, “Our missiles have become more precise and more destructive, and will multiply more than before.”

The tests are a crucial component in developing the capability to send nuclear warheads over long distances, at targets thousands of miles away. Hassan Rouhani’s Foreign Minister Javad Zarif defended them by saying in essence that Iran has the right to defend itself. Zarif neglected to mention that the phrase “Israel must be wiped out” was scrawled on the most recently tested missiles.

But what about the “resounding victory for moderates” in recent parliamentary elections, as reported by the Western press? Unfortunately, those “moderates” are the same politicians who preside over Iran’s ballistic missile program, who were instrumental in deceiving nuclear inspectors, and who continue to wreak havoc across the region.

This is true in Iraq, where it sponsors violent sectarian militias; in Syria, where it fuels the atrocities of the Assad regime; and in Yemen, where it instigated a rebellion, catapulting the country into chaos and bloodshed, and continues to arm the Houthi rebels, as evidenced by the recent French and U.S. capture of ships carrying weapons.

The so-called moderate Rouhani boasted on May 10, “The IRGC is a pioneer for sacrificing and defending the holy shrines in Iraq and Syria and the oppressed people in Palestine, Lebanon and other countries seeking support from Iran. We hope that the IRGC and the victorious Bassij will succeed in all the scenes…”

If these are the moderates, we’re in deep trouble.

At home, the regime continues to execute opponents by hanging them from cranes, and to jail and torture minorities and anyone perceived as an opponent. At least 66 have been hanged since April 10 and nearly 1,000 executed in 2015, according to Amnesty International.

Those who advocate genuine change in Iran – and have not been killed for it – must live either under constant threat of violence, or in exile. Every summer, more than 100,000 exiled Iranian political activists assemble near Paris to demonstrate that absolute repression has failed to extinguish the campaign to end to Iran’s religious dictatorship.

The United States and its European allies must abandon their policy of appeasement. What is needed is quite simply a policy that recognizes the facts: there are no moderates in the Tehran regime; it need not include direct military action against Iran, but it does need to be based on action, not simply harsh words, much less willful ignorance.

The Iranian people want their future democratic government to be secular, nuclear-free and respectful of human rights. They want an Iran reintegrated as a peaceful member of the international community. They do not want a regime that is reviled as the world’s number one state sponsor of terrorism.

Opposition leader Maryam Rajavi personifies the reality that women play a crucial role in such activism. The movement that she leads foresees a transparent, modern Iranian democracy, a vision none of today’s theocratic “moderates” would dare to even mention.

Iran has strong opposition forces. So why is it not receiving the recognition it deserves?

America’s next president must confront the true face of the Iranian regime. It is time we told the difference between the friends and foes of freedom.