Through information received from the Mujahedin-e Khalq (PMOI/MEK) network within Iran, the National Council of Resistance of Iran (NCRI) has obtained critical and reliable intelligence on the latest status of the Iranian regime’s nuclear bomb-making apparatus.

The U.S. Representative Office of the National Council of Resistance of Iran (NCRI-US) will hold a press conference on Friday, April 21, 2017, at 10:30 am at the Willard Room, the Willard InterContinental Hotel (1401 Pennsylvania Ave NW, Washington, DC), to unveil the details including locations, satellite imagery, and key players involved. 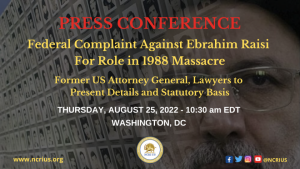 PRESS CONFERENCE: Federal Complaint against Ebrahim Raisi for Role in the 1988 Massacre 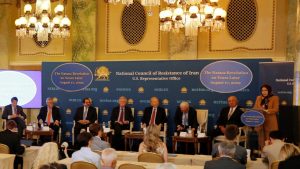