Policy Experts to Assess Prospects for Change in Iran 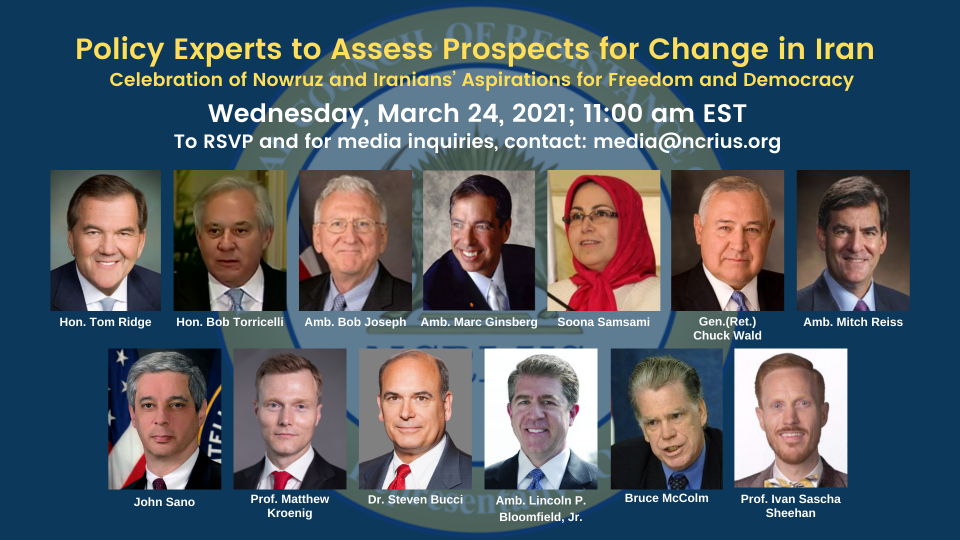 Policy Experts to Assess Prospects for Change in Iran

Celebration of Nowruz and Iranians’ Aspirations for Freedom and Democracy

Washington, DC – As the ancient Iranian New Year, Nowruz, is celebrated, the U.S. Representative Office of the National Council of Resistance of Iran (NCRI-US) will hold an online conference on Wednesday, March 24, 2021, to discuss Iran’s internal situation, prospects for fundamental change, and the Tehran regime’s regional and international behavior.

Distinguished policy and national security figures will join to consider a framework for an Iran policy effective in neutralizing Tehran’s malign conduct and supportive of the Iranian people’s aspirations for freedom and democracy.

Briefing will be moderated by Alireza Jafarzadeh, Deputy Director of the NCRI-US