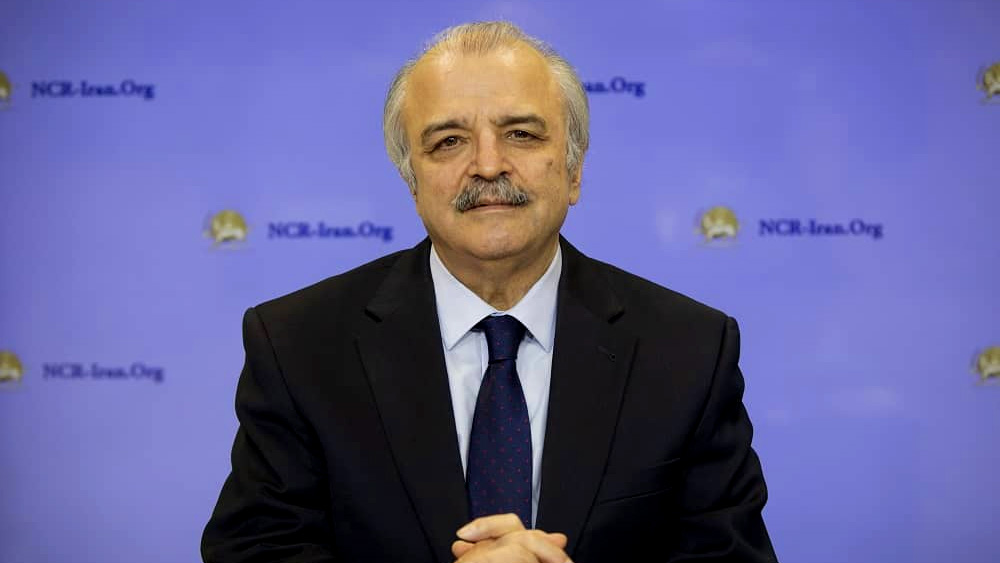 Iran’s nationwide uprising has entered its fourth month, despite the regime’s attempts to quash it. The continuation of these protests indicates that this movement is organized, and indeed, the situation will never be the same in Iran. The revolution in the making has laid bare the real face of a moribund and fragile regime. To further delve into the current situation in Iran and assess the perspectives of this uprising, several politicians and thinkers from Switzerland gathered in a session with Mr. Mohammad Mohaddessin, the chair of the National Council of Resistance of Iran (NCRI) Foreign Affairs Committee. Mr. Mohaddessin responded to some questions, giving an in-depth insight into the current situation inside Iran. The following is the first part of the Q&A from that session.

Q: What are the perspectives of ongoing protests in Iran that many consider as an uprising? Why has the uprising persisted in the last 100 days?

A: Iran, under the mullahs’ regime, is the center of human rights abuses, torture, execution, and the killing field for innocent men, women, and children. In recent days alone, the regime has executed roughly 18 people on various charges. The number of executions in December alone surpassed 50. The regime aims to intimidate society in a bid to stop the uprising’s expansion.

Yet, the uprising has continued for the last 100 days, featuring popular slogans such as “Death to Khamenei,” “Death to the dictator,” and “Death to the oppressor, be it Shah or the Leader [Khamenei].” At least 750 protesters have been killed, and the People’s Mojahedin Organization of Iran (PMOI/MEK) has published the names of roughly 600 of them. At least 65 victims aged between two to 18 years old have been killed, and 30,000 protesters have been arrested.

It was recently revealed that the Revolutionary Guards (IRGC) had acknowledged that in the first two months of protests, 29,000 individuals had been arrested. Many of them are minors under 18 years of age. Several arrestees have been sentenced to execution for protesting and demanding regime change.

Yet, despite all these repressions, the Iranian society has continued its uprising. In the last few days, shouts of “death to Khamenei” and “death to the dictator” were heard in Tehran’s central streets, such as Enghelab street. Khamenei’s headquarters is only a kilometer away from there.

I want to point out two driving forces causing these protests to continue. The first reason is the Iranian society’s explosive state, leaving the majority of people frustrated. High inflation, sometimes reaching 100% in some commodities, rampant and horrible unemployment, state corruption affecting all of the country’s issues, and discrimination toward women and religious and ethnic minorities have created an explosive society.

Secondly, there is an organized Resistance working in different fields. On the one hand, it helps the revolution on the ground and guides the uprising as much as it can, and it has played a serious role so far. The Resistance Units network of the People’s Mojahedin Organization of Iran (PMOI/MEK) has been a major driving force behind protests, and this fact was acknowledged by the regime. Besides, the Iranian Resistance has launched an extensive international campaign to help the uprising.

The regime must get rid of these two driving forces. The clerical regime cannot resolve social discontent. Because if the regime wants to address this issue, it should end corruption, allow a minimum of democracy in the country, and slightly recognize the minorities’ rights. But it cannot accept any reform, as changing behavior leads to its downfall. Any real combat with corruption or establishing normal relations with the West causes the regime to crumble from the inside. In a nutshell, Tehran cannot eliminate the first driving force behind the protests.

So, it must focus on oppressing the Iranian Resistance besides the general suppression of Iranians from all walks of life. Tehran tries to stop the MEK and the National Council of Resistance of Iran as the country’s organized Resistance movement. The regime’s efforts against the Resistance have notably increased both inside and outside of Iran.

Inside the country, anything and anyone affiliated with the MEK, including its supporters or their remote sympathizers, are prosecuted or controlled. Whoever has a liaison with the MEK is arrested and severely punished.

Khamenei reiterated that his forces shouldn’t show mercy to the MEK supporters. But the regime’s campaign against the Iranian Resistance is not limited to Iran’s borders. Since Tehran has serious political issues on the ground and on the international scene, its demonization campaign against the MEK and NCRI, by spreading misinformation and blaring propaganda, has intensified in the past four months.

The regime intends to deceive Iranians and, most importantly, the West that there is no alternative in Iran, and the only option is to return to the monarchy. The latter has no real perspective, and no one is demanding it, but the regime tries to induce this by vilifying the NCRI and the MEK. Therefore, it has mobilized all of its political power to this end.

In the past four months, the regime has activated its sleeper cells and agents outside the country, trying to intimidate or bribe some Iranian students abroad in order to continue a demonization campaign against the Iranian Resistance. I will give you some examples.

For instance, the regime tries to influence politicians and renowned figures supporting the Iranian Resistance by using extensive propaganda, usually cloaked under the pretext of the “Iranians” reaction.

In recent weeks, we had conferences in France, the United Kingdom, Canada, land, and Belgium’s parliaments. In an organized attempt, the regime sent thousands of emails and letters to participants and speakers of these conferences under the pretext of “members of the Iranian diaspora,” or sometimes Iranians from inside Iran. They claimed the MEK is not the Iranian people’s representative, it is a cult, they killed Kurds, and any other accusation you might think. They made these allegations against the MEK in their letters, emails, or sometimes in meeting with those lawmakers.

The regime’s goal is to prevent the MEK and the NCRI from getting more credit because if they do, it means that there is an alternative to the regime. This is very dangerous for the regime. The regime has used these agents, specific individuals who have been exposed by Iranian dissidents, to infiltrate anti-regime protests abroad while presenting themselves as dissidents. But their real goal is to chant slogans against the MEK or prevent others from chanting strong slogans against the regime.

For example, in the largest-ever gathering of Iranians in Berlin on October 22, supporters of different groups, such as the MEK supporters, participated, chanting slogans such as “Death to Khamenei,” “Death to the dictator,” and “Death to the oppressor, be it, Shah or Leader.” This caused the regime to go ballistic. So, the regime tries to prevent such unity. Yet, it has failed to stop the uprising.

I want to conclude that first, we should be vigilant about the regime’s plots. Secondly, this uprising continues despite many upheavals. The situation will not return to the last four months. The regime is not the same regime in August 2022. The clerical regime of 2023 is completely different from the one in 2022, or precisely September 2022. The Iranian people are different than what they were in 2022. They are determined to continue at any cost. The regime continues its oppression, but it cannot stop the uprising. Besides, the organized Resistance is not in the same situation as before. In the last four months, many of the MEK supporters have been arrested, and some were martyred, but we did not give their names. Yet, despite these hardships, the number of people approaching the MEK and its Resistance Units network has increased. Today I can tell you that this network is stronger than ever, both in quality and quantity. 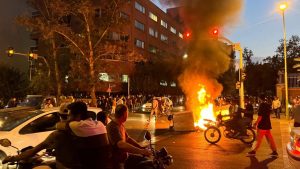 Maryam Rajavi to the US Senators: The Iranian people and Resistance rely on their uprising and sacrifices to overthrow the regime
Comment
Exclusive: IRGC Classified Report on Iran’s Uprising and MEK’s Role