MENUMENU
Articles > Iran Protests: Here Is What The US Should Do Now

Iran Protests: Here Is What The US Should Do Now 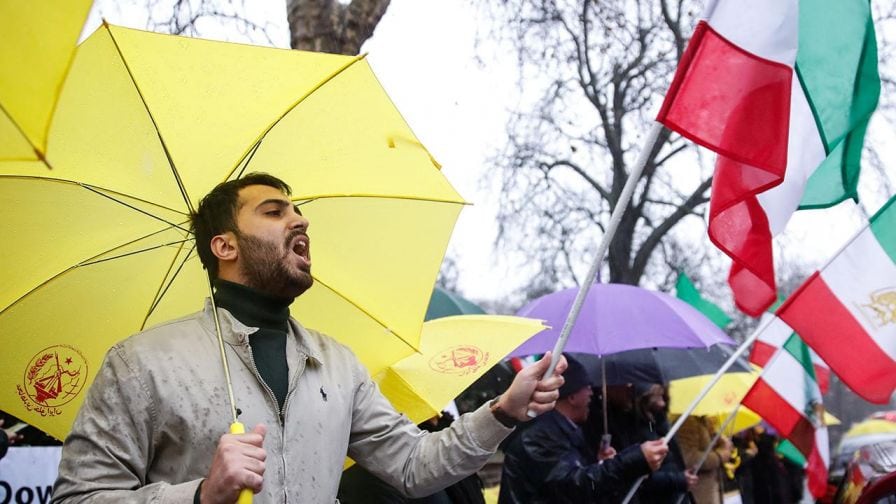 What started as economic demonstrations have transformed into deadly anti-government protests across Iran. A round-up of what happened and how leaders are reacting to the chaos.

Anti-government demonstrations that erupted Thursday and have since spread across Iran represent the most serious challenge to the theocracy that has ruled the nation since seizing power in the 1979 revolution.

The U.S. government needs to support the protests with actions to put pressure on the repressive forces of the Iranian government. Such actions should include:

-Most importantly, starting to build a relationship with the organized opposition that is seeking a free, secular, democratic and non-nuclear republic in Iran.
-Calling for an emergency session of the United Nations Security Council to take steps to protect the protesters. U.S. Ambassador to the U.N. Nikki Haley announced Tuesday that she would do this in the days ahead. The U.N. has no time to waste to take meaningful steps in favor of the Iranian people who are crying out for freedom.
-Ensuring that communications and internet access are available to the Iranian people so that the protesters can communicate among themselves and get their message to the outside world.
-Adding top Iranian officials to the list of human rights violators we are sanctioning personally.
-Imposing new sanctions on the various entities of the Iranian regime for their increased censorship.

The demonstrators are rejecting the Islamist regime that rules Iran in its entirety, dismissing both the “hard liners” as well as the “reformers.” Iranians are chanting“reformists, hardliners, the game is now over.”

The protests are growing in intensity and size every day and have now expanded to over 80 cities nationwide.

Citizens are venting their anger and resentment toward the mullahs and the Islamic Revolutionary Guards Corps. Both have plundered the wealth of the nation and suppressed basic human rights.

No amount of shear force seems capable of crushing this protest movement, nor will any hollow promises of economic relief beguile the population.

At least 21 people have died during the anti-government protests and over 1,000 have been arrested. In some cases, the Intelligence Ministry and security forces have identified the leaders of the protests, arresting them later to avoid aggravating the situation. Nevertheless, the unrest is only growing.

Compared to the June 2009 uprising, which erupted as a result of fraudulent presidential elections, the current situation is more serious for several reasons.

First, the rapid rise of the cost of living, rampant government corruption, and deteriorating human rights situation have brought things to a head. The protests are no longer limited to the middle class and intellectuals. Unrest has spread to all sectors of society – including the impoverished, workers and those who have nothing left to lose.

Second, the regime is in disarray, as various factions try to put the blame on each other, weakening the government as a whole. The dissatisfaction has even affected some in the ranks of the security forces.

Third, the opposition is well organized, and the nationwide network inside Iran of the main opposition movement – the Mujahedin-e Khalq (MEK) – is very active. The MEK has long called for regime change.

VIDEO: Iran protests: What you need to know

Over 90 percent of all victims of political executions over the past four decades belong to the MEK, as do most current political prisoners. Tehran fears the group’s organizational and leadership capabilities, and its reputation as a determined force.

Seven Friday prayer leaders across Iran attacked the MEK last week, including in Mashhad, where the uprising was sparked.

The opposition leader, Maryam Rajavi, called on the Iranians to continue their struggle to topple the regime. “Regime change is within reach,” she said.

Finally, the political environment has changed internationally since the Obama administration. The Trump administration has publicly said that it stands on the side of the Iranian people as they seek change.

President Trump tweeted Monday: “Iran is failing at every level despite the terrible deal made with them by the Obama Administration. The great Iranian people have been repressed for many years. They are hungry for food & for freedom. Along with human rights, the wealth of Iran is being looted. TIME FOR CHANGE!”

And President Trump said in another tweet Tuesday: “The people of Iran are finally acting against the brutal and corrupt Iranian regime. All of the money that President Obama so foolishly gave them went into terrorism and into their ‘pockets.’ The people have little food, big inflation and no human rights. The U.S. is watching!”

Vice President Pence tweeted: “As long as @RealDonaldTrump is POTUS and I am VP, the United States of America will not repeat the shameful mistake of our past when others stood by and ignored the heroic resistance of the Iranian people as they fought against their brutal regime. The bold and growing resistance of the Iranian people today gives hope and faith to all who struggle for freedom and against tyranny. We must not and we will not let them down.”

The presidential and vice presidential tweets, and the action by Ambassador Haley, are just the first steps America’s leaders need to take to help free Iranians from the tyrannical Islamist government that has deprived them of so many freedoms.

Day 5 of Iran Protests
Comment
'No Solution' Except Regime Change