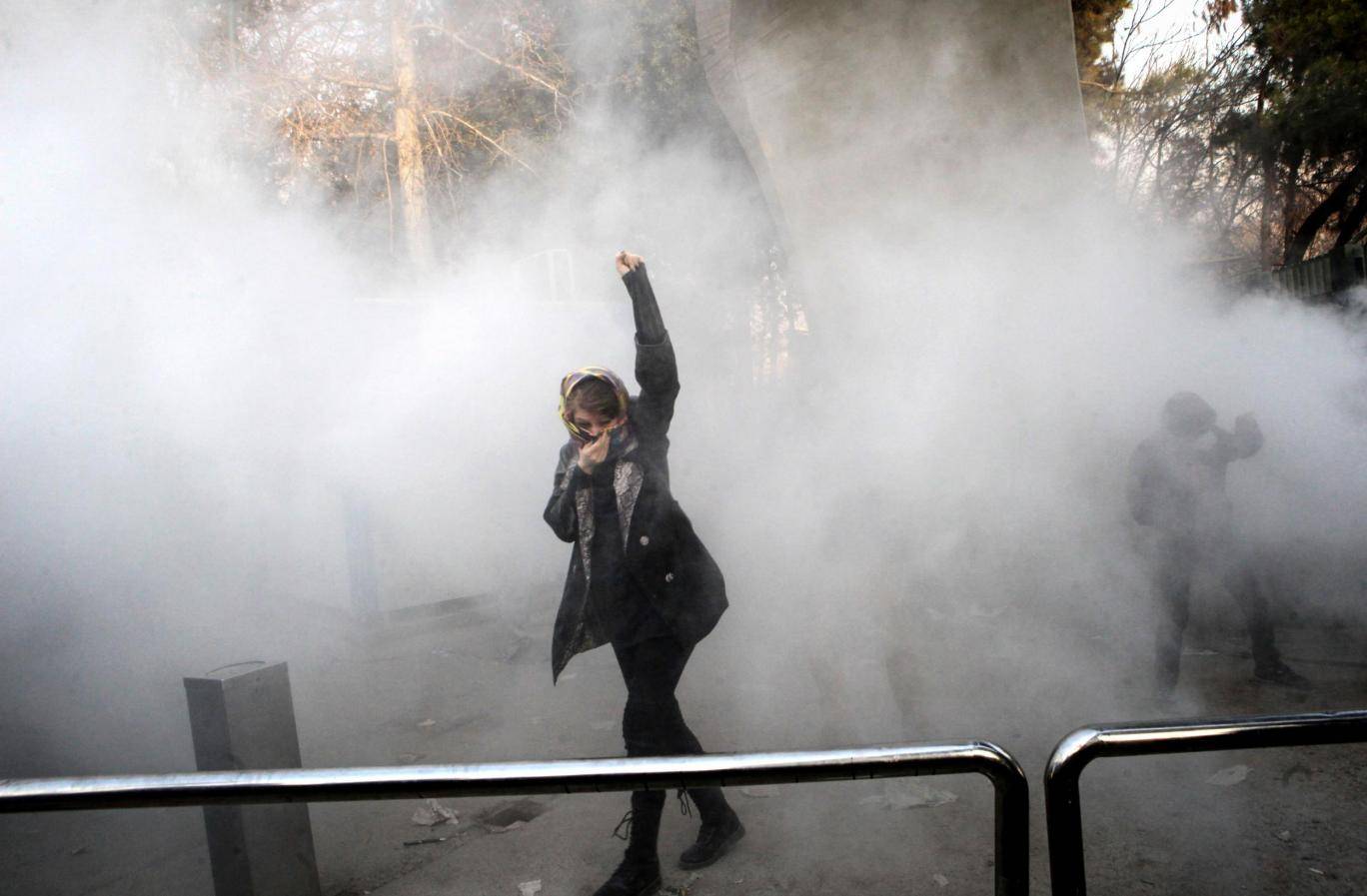 An explosive new report claims the spyware-enabled messaging apps, used by the evil regime, are being used by Iranian expats in the West to communicate with their relatives in the troubled country.

IRAN could be spying on Brits and Americans using “weaponised” apps which are available on Apple and Google’s online stores, an explosive new report has claimed.

The Iranian regime has created their own messaging apps which are spyware-enabled to help them hunt down anti-government protesters in the country, according to the report obtained by The Sun Online.

The most popular of these applications is called Mobogram, which is used by millions of Iranians and is available to download by westerners on Apple’s App Store.

The report by the National Council of Resistance of Iran, a political group which opposes the Iranian regime, shows that Iranian expats are using Mobogram to communicate with their relatives in the troubled dictatorship.

Deputy Director of the council Alireza Jafarzadeh told The Sun Online that the Iranian regime has “weaponised smartphones” in its bid to thwart demonstrators in the country.

He said: “When you download these apps and start using them, they have the ability to gain access to your contacts, track your location and they can see the content of your communications.

“They can find out who you are, your phone number, your address, because they gain access to information on your SIM card.

“Some of the apps have found their way into global marketplaces such as Google Play and Apple’s App Store.

“This means the Iranian regime could target the millions of Iranian expats living abroad who communicate with their relatives.”

Mr Jafarzadeh’s says that the council’s research has shown that the regime has used the spyware to “threaten, arrest, torture and kill people.”

In December and January, the Iranian regime was rocked by anti-government protests which erupted in over 100 town and cities across the Islamic Republic.

The Council’s research shows that the government has developed around 100 spyware enabled apps allegedly using tech companies which are a front for the evil regime.

Apps such as Mobogram are “forked”, or copied, from popular messaging app Telegram and “were promoted heavily” by the state-sponsored firms, claims Mr Jafarzadeh.

Last year, the founder and CEO of Telegram Pavel Durov branded Mobogram “potentially insecure” and warned against using it.

He tweeted: “Mobogram is an outdated and potentially insecure fork of Telegram from Iran. I don’t advise to use it.”

The Iranian government executes more people, including women and children, per capita than any other country on Earth.

And Mr Jafarzadeh says the regime is “experimenting” with cyber warfare on its own people but could “apply these tactics” against  western countries.

He said: “The regime has turned these applications into a spying weapon.”

“They have weaponised these applications and as a result have actually weaponised smartphones in their favour.

“The Iranian regime is experimenting with cyberwar fare on its own population first – and once they have perfected that they could apply these tactics on countries outside of Iran.

“The regime feels very, very vulnerable to the uprising which is happening. They feel that the whole population is turning against them.”

The Sun Online has approached Apple and Google for comment.

Mobogram web developer Hanista has also been approached for comment.

Iran Devising Phone Apps For ‘Mass Surveillance’ of Dissidents, New Report Says
Comment
Iran may be using ‘Weaponized' Apps Available on the App Store and Google Play to Spy on MILLIONS of People Around the World, Report Claims