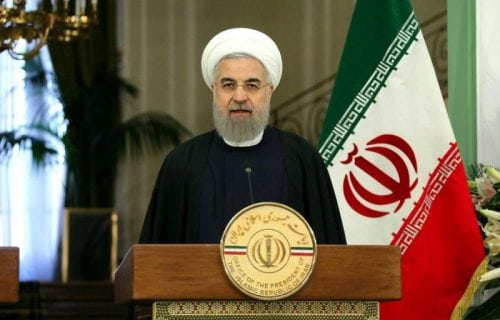 On February 26th, elections were held for Iran’s parliament and Assembly of Experts. In the aftermath, we are witnessing some of the same rationalizations and tortured logic that allowed certain Western policymakers to convince themselves three years ago that the Iranian regime was entering a period of moderation and reform. Then as now, the election of Hassan Rouhani as president was seen as a serious moment of moderation in the history of the theocratic, terrorist-supporting state.

It is true that Iran has now entered into an agreement with a handful of Western powers, exchanging modest concessions on the Iranian nuclear program for a lifting of punishing economic sanctions. But this is not sufficient to demonstrate a serious change in the behavior of the Iranian regime. Quite the contrary, it is indicative of the ends to which that regime will go to preserve the existing power structure.

Although the allies of the supreme leader, Ali Khamenei, still hold the largest share of the parliament and although the Guardian Council purged rival factions commonly referred to as “reformists” in the West, much of the international media has declared the elections a victory for “moderates.”

Iranian regime officials went to great lengths to inflate the voter turnout as a sign of the public’s endorsing the current system while defying “Western infiltration.” But the Iranian people never had a choice that would have truly reflected their educated, pro-democratic, secular, and non-belligerent perspective on domestic and world affairs. In reality, the election was a sham, which served to preserve the same theocratic system and the same key players that have ruled Iran for nearly four decades.

This is well illustrated by even a cursory look at some of the key “reformist” victors in the February elections.

Leading Western officials have overlooked the fact that three years into Rouhani’s presidency, the Iranian people experience more suppression, more executions and more arrests. The danger of execution for non-violent offenses, and for participating in anti-government demonstrations, which is considered a political crime labeled as “enmity against God,” is more prevalent now than in over 20 years.

Over 2,300 people have been executed since Rouhani took office, and hundreds of others have been arrested or harassed by Iranian authorities for engaging in supposedly undesirable cultural expressions, or speaking out on behalf of political prisoners, or simply having connections with the genuine democratic opposition.

Rouhani has not been the only loyal servant of the theocracy throughout his career. The same can be said of all the well-known candidates from the supposedly moderate and reformist faction in the recent elections. They include men like former Chief Prosecutor of the Revolutionary Court Ali Razini and former Prosecutor General and Intelligence Minister Ghorbanali Dorri Najafabadi, both of whom oversaw the executions of political prisoners, the extrajudicial assassinations of dissidents and undesirables, and issued orders for shockingly inhumane punishments like stoning.

Meanwhile, standing side-by-side with current president Hassan Rouhani is former president Ali Akbar Hashemi Rafsanjani, who has somehow come to be regarded as a leading reformist. This is a man for whom Interpol issued an arrest warrant due to his involvement in the 1994 bombing of the Jewish community center in Buenos Aires, which killed 85 people and wounded 300.

Despite the efforts of some in the West to find them, there are no real signs of reform or changes in behavior over the past three decades. The Iranian people and their organized opposition, who have long rejected the ruling theocracy and called for a secular, democratic and non-nuclear republic in Iran, hold the key to real reform and change, not the regime that suppresses them.