Belgian lawmakers have paved the way for final approval of a prisoner swap treaty with Iran that opponents fear will lead to the release of an Iranian diplomat convicted last year on terrorism charges in connection with a plot to bomb an Iranian opposition rally in 2018.

The two countries provisionally signed the treaty in March which would allow for the release of its citizens detained by the opposing governments. The deal requires final ratification by Belgium’s parliament.

The measure, which cleared the Foreign Relations Committee of Belgium’s lower house of parliament on Wednesday, is expected to receive a final vote by the full chamber in the coming weeks.

U.S. lawmakers have urged Belgian leaders to reject the deal with Tehran citing concerns that the deal will lead to the release of Assadollah Assadi.

Assadi, a diplomat assigned to Iran’s embassy in Austria, was sentenced to 20 years in prison by a Belgian court for his involvement in an attempted attack on a rally in Paris hosted by the National Council of Resistance of Iran, an organization that opposes the Iranian regime. READ MORE… 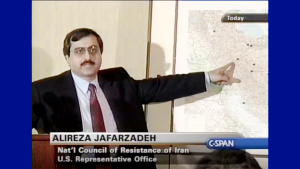